Great start to a new year!

Managed to go through 2016 without seriously cutting up my fingers during hobbytime, and tonight while cleaning out the dishwasher I grabbed the foodprocessor blade in the exact spot where I should not have grabbed it. Well, at least Khorne is happy now with blood all over the kitchen, I've got a bandaged finger, Kim turned out to be a great if a bit haphazard nurse and I have felt pain in a different place then my knee and back for a change. Hurrah......

I've spent the last few days chasing payments from people who wanted to buy kits off of me (which makes me wonder why I buy second hand stuff and pay immediately when I get the invoice, when it seems to be the norm to wait up to a week to do so now? ) so I was very relieved to have just sold some Mordheim models to Asutralia and James not hassling, giving me complete adress details and paying for it in one go. That made my day, as did the hobby chat we had after he paid for it. Lovely.

Speaking of Australia, I received a package from down under just after Christmas. I've bought from BNA Model World in Australia a couple of times cause, weird as it sounds, it was actually cheaper to get certain items there including shipping to my adress. Nothing overly large, some resin upgrade pieces, so quite lightweight, but for some reason their postage for small items is way less the what I pay for from the UK. Well, BNA announced a Christmas sale with up to 70% off certain items. Never one to pass up a good deal I browsed a bit and found that they had very good deals on some resin upgrade packs, so I selected 3 packs and ended up paying less for the 3 with shipping then it would have cost me locally for the 3 without shipping. On my budget, I call that a good deal.

A Blackdog upgrade pack for the French UE (beute). 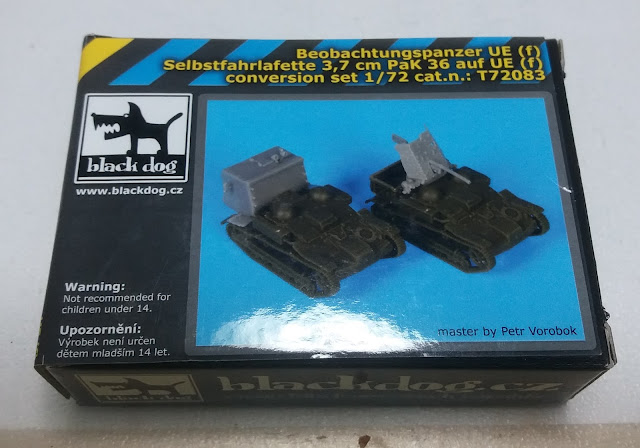 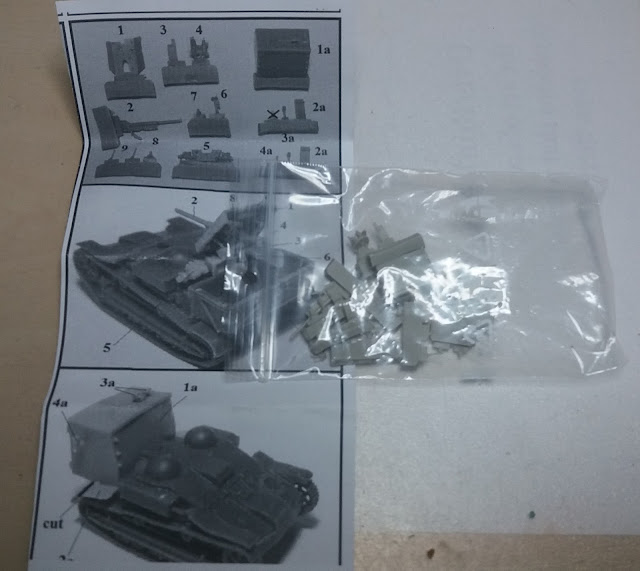 I picked it up just for the spotter version for my Normandy Germans, the PaK version is not needed as the S-Models UE that I have already have the PaK with them and I only need one of those for my Early War Germans. So if anyone wants it, pay me for postage and I'll send it to you for free. The resin is very clean and well cast, no to very minor moulding lines and no bubbles to speak of. This kit sells locally for 12 euros.

Also, I got 2 Value Gear truck upgrade packs, 1 for the Germans and 1 for the Americans/British. 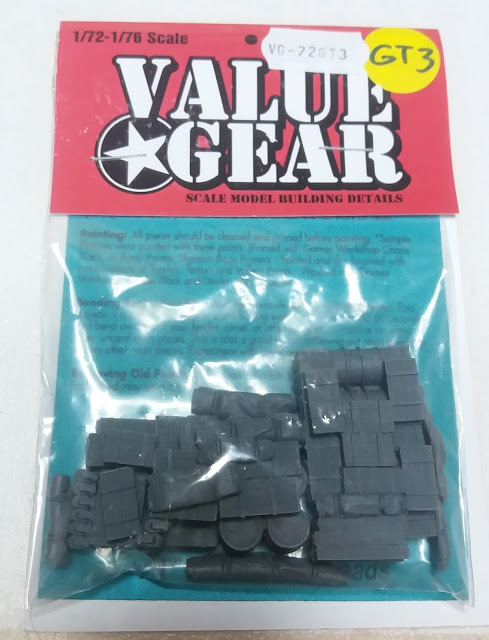 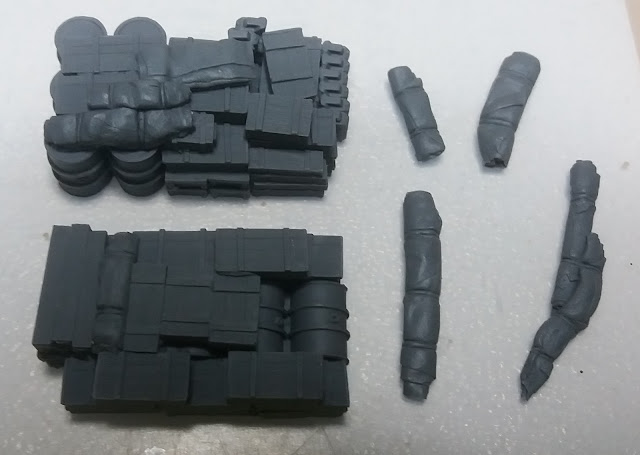 You get 2 German stowage loads in this one plus 4 pieces of rolled up tarp. Munitions, spare parts, fuel and lubricants all in one go. I picked these up to make a few more interesting German supply trucks, I should have no problem filling the back of a Blitz with these. Clean cast in grey resin, I could see no mould lines and only 1 of the loads has a small piece of ripped mould rubber in a corner....easily removed with a sharp blade. 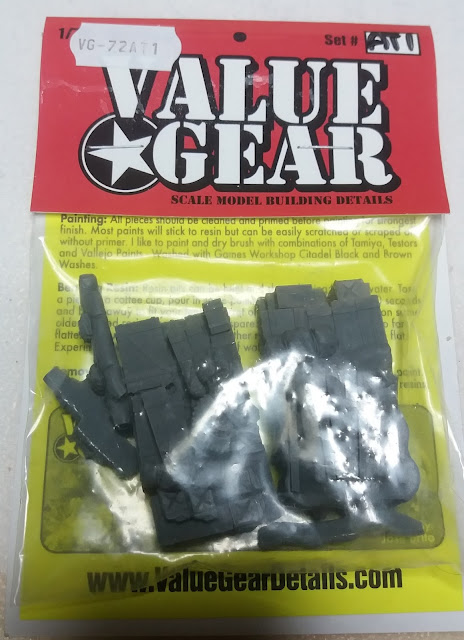 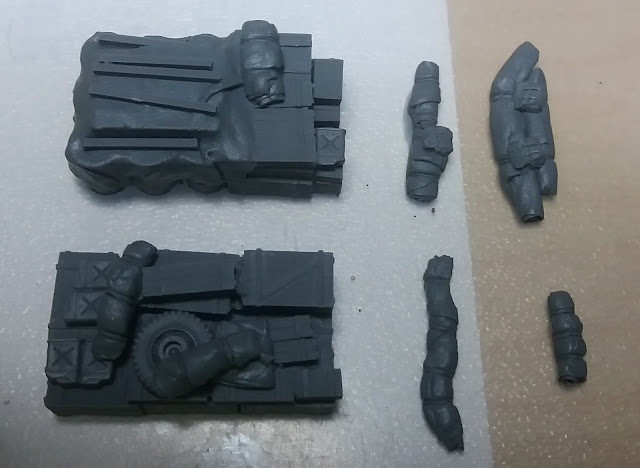 You get 2 Allied stowage loads in this one plus another 4 rolled up tarps. Essentially the same contents, but aimed at Allied vehicles, 1 of the loads even has a truck wheel on top of it. Same quality grey resin, not a mould line in sight but again a bit of ripped mould and some open areas have a bit of resin fill in, but again nothing that can't be removed with a sharp blade and some care.

Everything was well packed in a oversized box with air sacks to keep everything from rattling all over the place. Order was made on the 5th, shipped on the 6th and arrived on the 28 which is what is to be expected from a package from the other side of the world in December.

I could not find a local retailer for this (well, I did, but only 1/35 scale), but my favourite Irish shop, the Hobby Den, sells them too so I might add a few sets when I order some resin vehicles from Bryan again.

And that is it. If you were expecting a lookback on 2016, I won't be doing one. I hardly painted anything worth mentioning and I hope 2017 will show a marked improvement in that department. Fingers crossed!
Gepost door Gunbird op 02:16