It's been an interesting week to say the least!

...with today sofar being mildly annoying as a spammer had targetted my Blog and added quite a few comments with links to cheap sigarettes, cheap hosting sites and other assorted crap. But I just finished swatting all of them. Nothing compared to yesterday, reinstalling driver software for my printer that has been acting up (and I need that to print packing labels) and after 3 hours it still would not connect via USB.....untill I got so mad that I hit it hard. After which it started to connect.

The rest of the day was nice. Turned 40. Some lovely drawings from Emma and Nikki. I got the small minitower I had been looking for for quite some time. 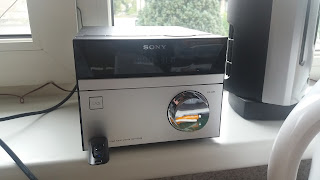 I need to put down some cable channels to hide the cables a bit, and other then the speaker cables only being 1 metre long (or better: short) it's doing what it is supoosed to. DAB+ works sort of, but the USB function is what I really have it for. Already downloaded some podcasts to listen to, mostly historical stuff. Nothing special otherwise as the real party is on Saturday.

Anyhoo, I've been spending some time thinking about the past 10 years. Life, hobby, work, etc. Some thing's I'm happy with, others not so much. I won't bore you with other stuff then the hobby though :)

As I mentioned before, 20mm used to be my mainstay and if I'm having my way it will be the mainstay again. I've been way too diverse in the last few years, buying 100's of euros of stuff for new periods or scales, then painted only a handful of bits and things died again. It's not something I can or want to keep up. Or should :)

So, after giving it a good deal of thought, I'll be keeping my 1/3000 ships (as they make good targets for 1/600 aircraft), I will sell the 3mm ruins, houses and vehicles (I'll keep SAM's and AAA guns and some other targets) but not the aircraft, I will sell my 6mm and15mm SciFi (after 3 attempts it's pretty clear that is going nowhere), and will have a good rummage through my (mostly GW) 28mm stuff. Cause I don't really need 7 Necromunda gangs...... I'll keep some skirmish related stuff for later.

I've also cancelled my TNT demo for upcoming Poldercon. With the time remaining, and with family and future work having a higher priority, I don't feel I can do it justice and make it look good enough for my standards.

This means about 30% off my attic stash will be axed in the coming months.....the more space I can create there, thus happier Kim will be, and a happy Kim is good for all of us. 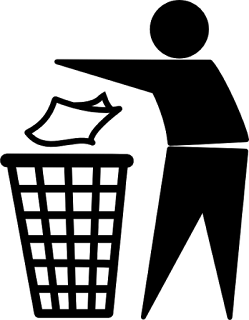 Does this mean 20mm is the one and only again? Surely not. Will I be able to hold my focus? Well, I'm only human and there will be plenty of temptations. I don't know what the future has in store for me. At the moment I'm trying to create the right environment for me to be creative again. Which in my case means everythings sorted and easy accessible, the pc turned off and having a clear goal.

Of course, soon I'll need to put an end to this endless clearing and cleaning and just get painting again, it's been too long already. But today is not that day! :)