Now I remember why I loved painting 6mm. Quick results, and you can go to town.....none of that "wash and a drybrush" stuff for me, you can paint Microarmour nicely even if it means using a magnifier (though in this case I did not need to.

Double coat of varnish and ready to be placed on a bit of scenery....when it arrives and I paint it that is. 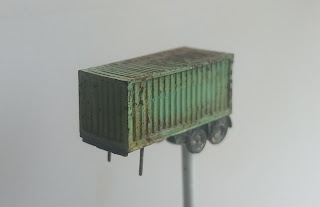 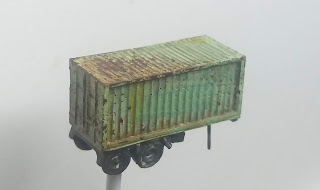 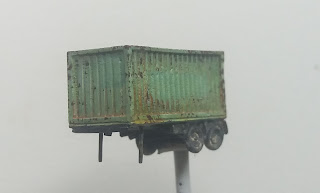 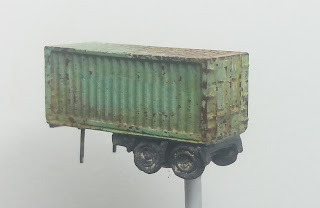 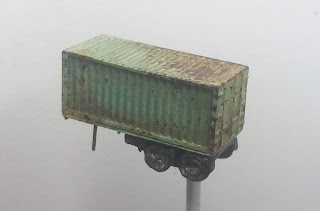 Right, Northag. 6mm is the scale I've chosen. And I love to scratchbuild.

I've got virtually nothing left from my previus Modern 1/300 stuff, so it is a fresh start. I just want to order what I can build in a certain amount of time, and taking it one step at a time. Well, I can try at least.

I'll start off with a Dutch/German farm complex with bits on seperate bases. I always liked that style and I'm sticking with it. I'll be making cow pens, the farm, storage sheds, farm equipment and the works so stuff can be swapped out around. I think I will order mostly from Leven to keep it all from one company, easier that way.

But first, to test what I can with my hands, a old trailer to park next to a shed. Or something. All Heroics and Ross parts, plus time and effort.

Nothing huge, but fun to do :)

Their 20 feet container and 2 rear axles off of a Bedford truck. Some plasticcard and a broken pin.
Gepost door Gunbird op 00:30 2 opmerkingen:

The axe falls (on some projects)

Not on my head, fortunately.

Atm I have a 2 weekly visit from Heleen, a professional clean up coach. For 3 hours we go through everything, trash what is trash, set aside what can be sold, save what can be saved for the future. I'm a broken man after those 3 hours, but on average we take out a garbage bag of waste (paper, plastic, broken stuff etc), fill 2-3 cases with sellable stuff and save 1-2 cases of stuff that I want to sort again at a later date.

It's nice to have someone do the physical work that I'm currently not up to, I'm usually beat 30 minutes in and that is just by sitting on a chair and telling her "trash, sell or keep"! The shit I saved up in 20 years, dear Lord....

Also, I'll be axing more stuff. Starting Iran-Iraq in 15mm was ....stupid. Yes, you can get a lot of stuff very easy in 15mm, but at cost. I think I have sunk about 200 or more into it by now, but I'm killing it. I would have to fund and paint both sides on my own as none of my friends have an interest. Well, when it is all painted, but God knows how long that would take. Ages in my current state. SELL

We decided 1/300 would be the right scale to play Northag in. Then I realised that even the cheap brand of micro armour is 75 cents for a tank now, so I'm hunting for cheap used stuff, which is proving to be rather unsuccesful. Also no idea yet what basing standards we are looking at, so atm I just ordered about 10 quid worth of bits to see if I can still convert these guys into something decent.

I ordered the Cruel Seas rulebook. IF we are going to play this, it will most likely be in 1/600 and 1/700 as that fits our budgets. Still a big IF. For now, just work with card cut outs.

For 2019, I'm joining a 1/3000 Cold War naval event. As far as I know I have a ton of ships for that so it would be just a matter of painting them. We need to work out the what and when details first.

Also for 2019 is the Road to Berlin campaign in 20mm. Or in the case of my Germans, retreat to Berlin. Not sure how much I can manage for that with my hands, but I will do my best.

High Priority
- 20mm Late War Germans
- Enough 20mm Vietcong porters for a scenario I am working on.
- 20 minutes a day Challenge is a damn smart idea
- 20mm Partisans/Volkssturm
- Scenery
- 6mm testers
- Sell shit
- Get in more pratice with the airbrush

Of course, being tired and in pain all the time will work against me, but surely......20 minutes a day......must be something I can manage. 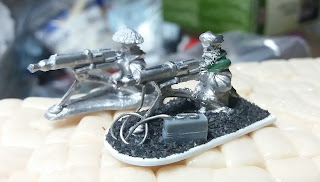 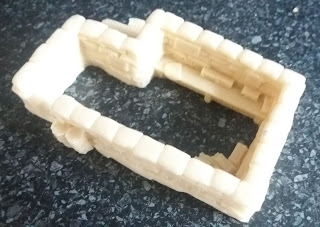 Oh, Crisis was a blast, sale went reasonably ok, some stuff just did not shift while others that have been for sale for ages were snapped up quickly. But going to a show kills me. I have very little stamina left, everything hurts all the time, ad it was very hard to focus when I finally packed the lot back in the car and went for a stroll around the show to see what was there....which was a lot! I hope next year I will be able to visit it and enjoy it a bit more. Who knows. I might even be in less pain.
Gepost door Gunbird op 11:47 1 opmerking: