Battle in Holland - My trip to Rotterdam and the NNG

Visited the No Name Gamers in Rotterdam this sunday, and fought 2 300 pt battles with my Germans. One vs British Para's in a meeting engagement, and one defending the (Son) bridge against US Para's.

My list was a Grenadeer platoon with Panzerfausts, MG-42 and a static MG-42. A FHQ for additional BR and Officer (not that I ever lacked orders due to rolling high for them every single time), a inexperienced Panzer IV G, a SdKfz10 with 20mm (represented by my T-70 with mounted 20mm from my Kursk forces) and a roadblock (Stalled ambulance). 2 snipers as Recce and a timed Nebelstrike. Not much, I know, but with 2 nackered wrists I can't do a whole lot of painting.

Had a minor Loss vs Marcs para's as we fumbled through the rules (Marcs first time I think, and I have not gamed BG in 2 years or more, so....). But it was a friendly and fun game, as is always the case with BG. 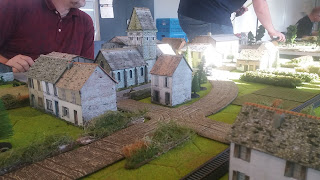 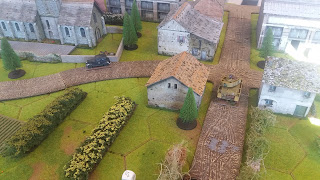 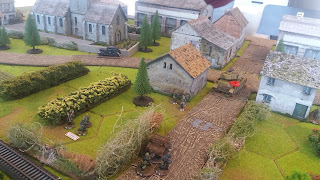 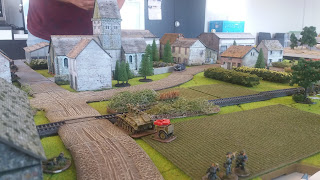 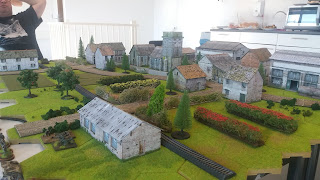 My 20mm FlaK either never spotted or hit anything. My Panzer IV died to a rogue Typhoon having done nothing substantial. My 2 snipers provided stellar work harassing the paras. Even managed to hit a paratrooper...that saved. Tough nuts. Running across the field with my troops just attracted a lot of fire (as they should, prime targets) and pinned me down in the fields. It ended in a stalemate after his 6 Pounder holed my FlaK and Marc won on BR. 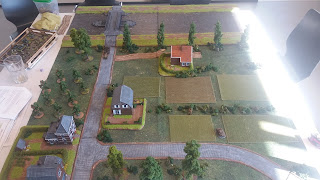 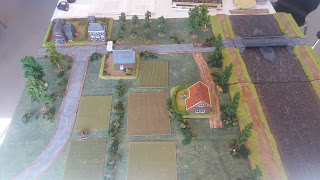 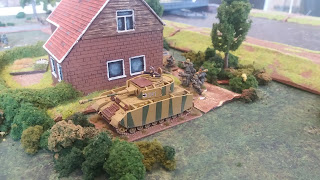 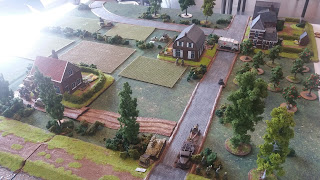 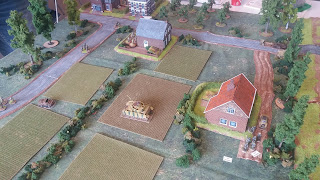 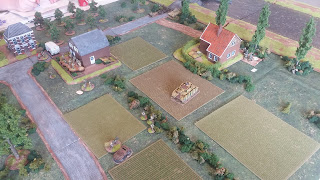 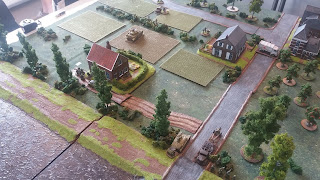 Had a win against Rogiers US Airborne. I asked to defend the bridge without reading the scenario first. I had assumed to be able to set up just in front of the canal....not 3/4 across the board! Oops. Of course, the 10 foxholles were filled with my HMG, a sniper and a single unit, all concentrated in front of the house with the Ambulance set up as a roadbloack. The rest of my forces centered around the back house and the bridge...near the objectives. Of course all of my MG teams turned out to be reserves....so there went half my firepower. Rogier got a bit hamstrung by shitty reserve rolls, a Nebelwerfer strike destroyed the jeep that had capyured the final objective....and my Panzer IV rolled in and took it. We gamed on for a bit (plenty of time left) and I was getting hammered by US artillery. Me wasting my Ambushes by not using them did not help much either.

It was great to be gaming again, even if it killed me. Driving for over an hour just to get there might not mean much to you in the USA, but it does here and in my current condition it is a nightmare. Driving to Crisis next month will be fun. Anyhow, a day well spent with fun games and fun players.

I'll leave you with this pic of my FHQ Beetle hiding behind a house. There should be more gaming next year :) 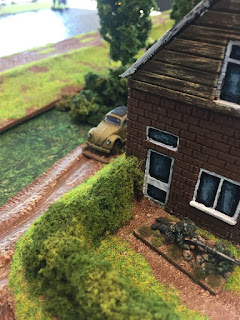