And the attack continues....

British troops scramble into their positions. 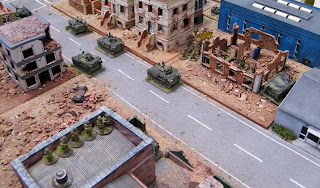 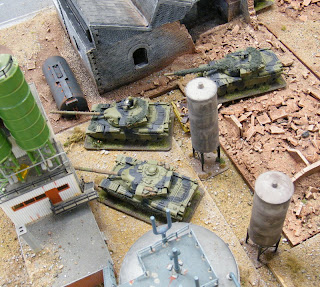 Russian Mechanised Infantry pushing up through the middle of the board, ready to support either thrust. 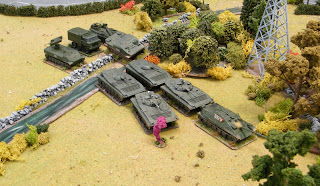 And another airstrike decimates the German defences. 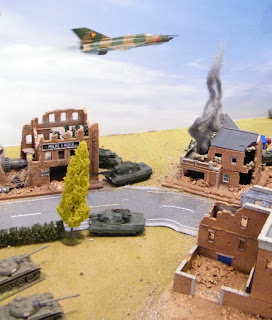 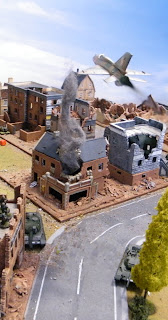 While the Bolkow takes a fatal hit and explodes above the city (either the SA-8 or the Shilka took it out, can't remember) 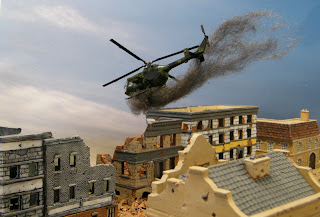 And the Russians push on. 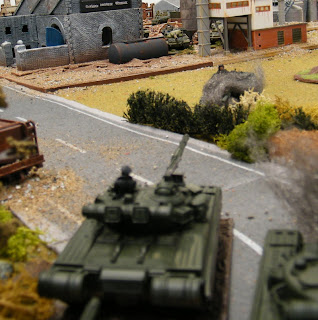 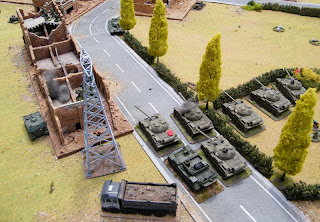 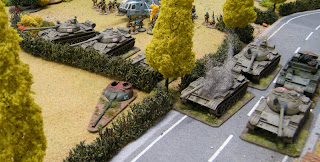 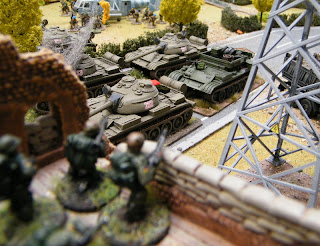 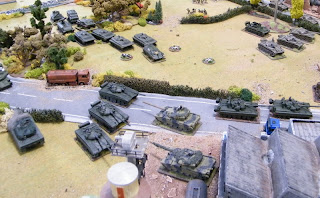 Infantry dismounts and floods the city: 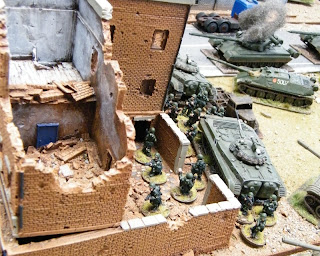 The defence is valiant but largly ineffectual, being slowly pushed back. 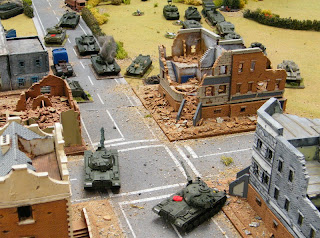 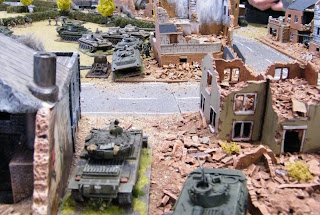 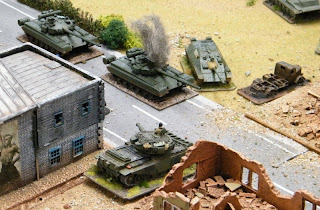 When another airstrike hits. 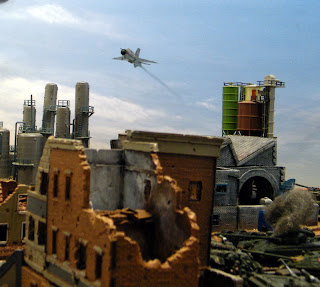 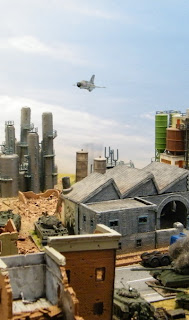 And the recce unit captures a abandoned medical Fuchs (well, more like looting it actually) 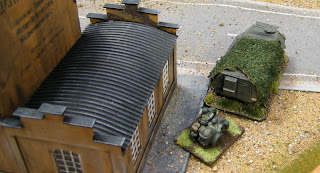 On the left flank, the Bundeswehr units that remain surrender, battered into submission. 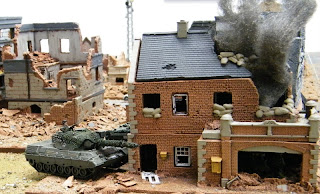 NATO command is worried, they are unable to hold the city and the British defenders start to withdraw. 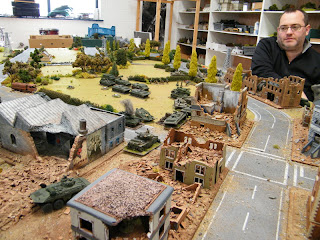 A Russian victory!
Will this be their starting off point for another offensive? Will the British hold next time? Or is this just a temporary setback?

Frankly, the Russians don't care right now, and start hauling back whatever isn't tied or bolted down. 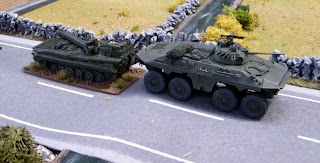 All in all, a very nice game, I finally got to use my support vehicles, getting rid of damage really helped out in the offensive. I was helped by Piers apalling dicerolling, the defenders did their best but had trouble hitting and killing. Like the AVRE tank missing the house 50 meters in front of it. oops.

My favourite unit of the game? A tie up between the recce (driving between 2 Leopard 1's at top speed while being fired at by every Bundeswehr unit in sight required a set of brass ones the size of bowling balls I reckon, and then capturing the NATO medical vehicle on top of that) and the ground attack MiG-21 drivers who consistently hit with guns, rocket pods and bombs. So our allies were actually good for something
Gepost door Gunbird op 18:45