The first selection of pics taking during game number 1 of my recent weekend of gaming trip in Ireland. 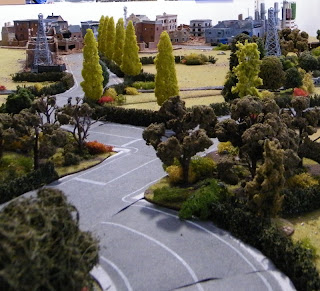 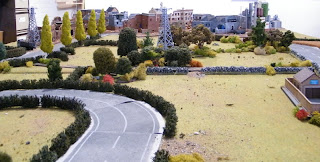 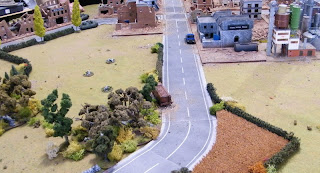 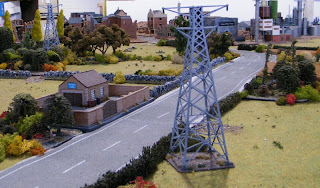 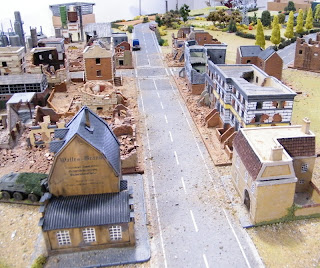 The British reinforcements arriving in the town: 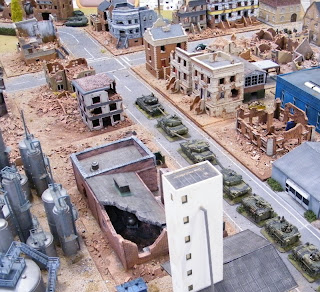 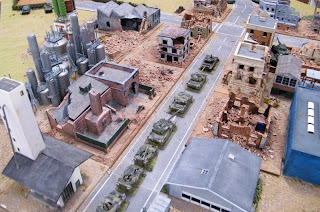 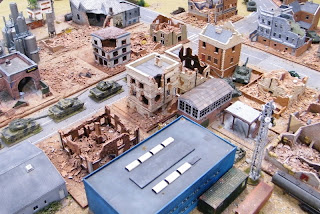 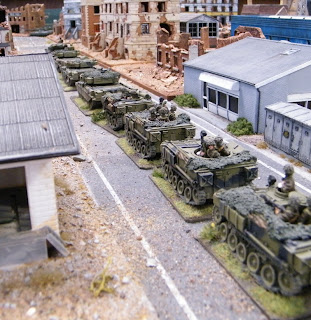 And taking up positions: 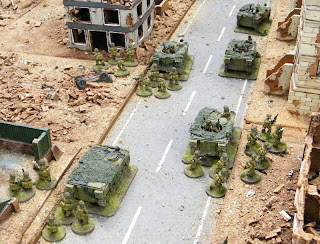 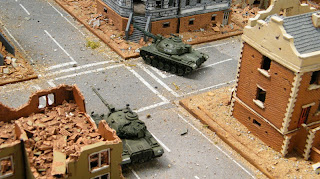 The enemy drops rounds and smoke: 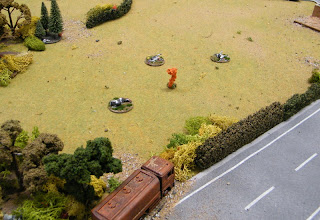 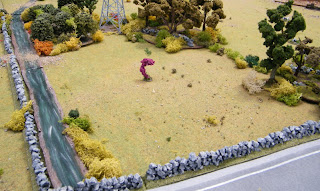 A MiG-21 dives down to bomb and strafe a German position: 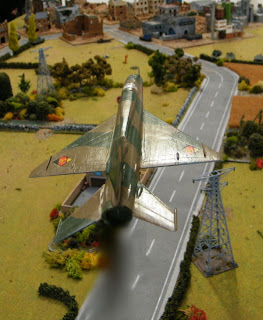 German fire proves ineffective, and in return the enemy brews the Leopard 2!

A German Bolkow goes infor a ineffectual pass before driven off by the Shilka: 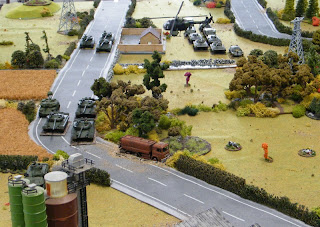 While on the left flank, more armour pours across Germany: 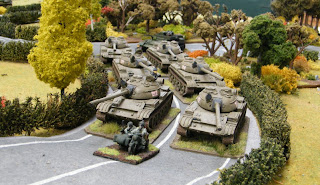 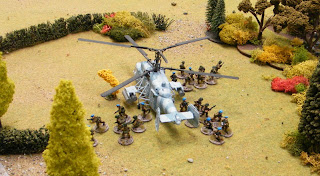 Next series of pics from this battle coming soon!
Gepost door Gunbird op 02:51