I picked up a few books for reading and adding to my book collection, though they are mostly picture books. I tend to use those as inspiration for things I need/want to build. And to practice my German (Reading I can do just fine, speaking....better then most but still bloody horrible :D ) 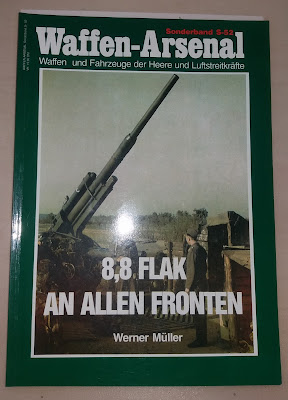 It's a from the looks of it brandnew copy that I paid 7 euros plus shipping for. I got it for reference pics of the 88 in use with very nice shots of Flaktrains, 88's deployed ad hoc or long term, summer and winter, with and without shield and the bloody mess they become after use as they just left the expended empty shells everywhere which was a bit of an eye opener.....you'd think they chuck em to the side as not to trip over them? Then again they probably had other things on their mind when firing at the enemy. Great shots of markings and other small details too from all fronts. Very useful, this is a keeper. Here are some more shots of the inside. 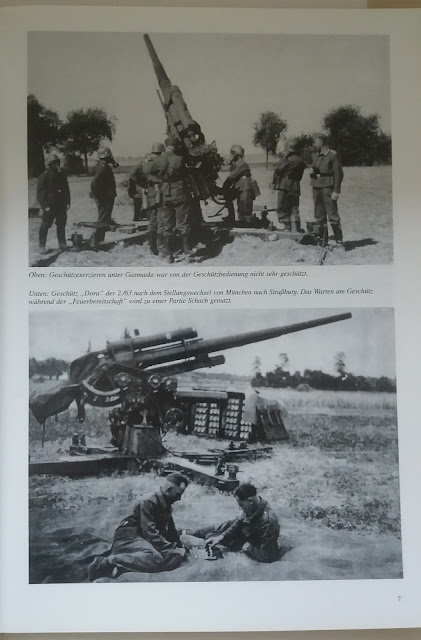 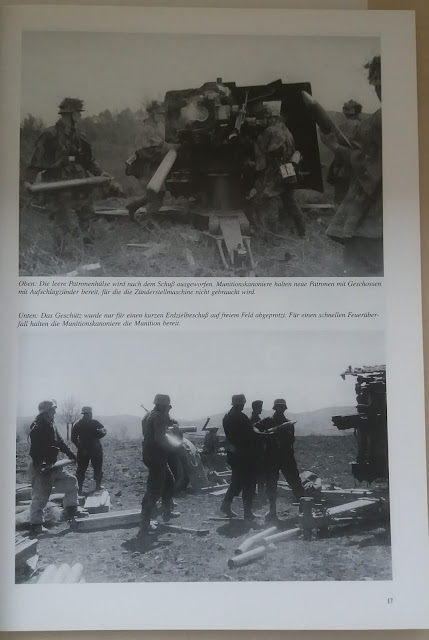 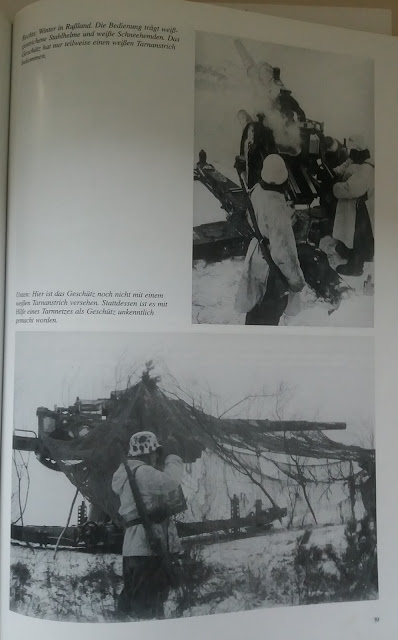 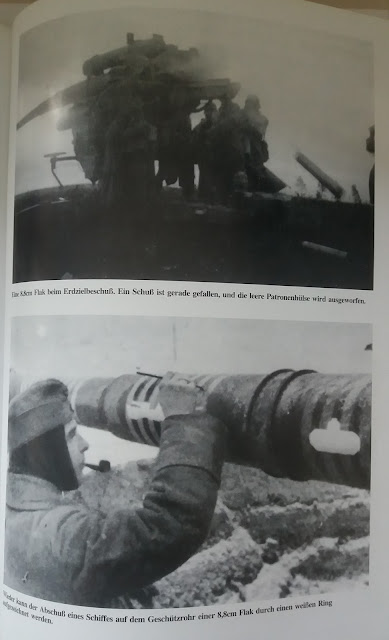 Next up is the Waffen-Arsenal Deutsche Kustenbefestigungen in Belgien 1914-1945 (German coastal fortifications in Belgium 1914-1945). 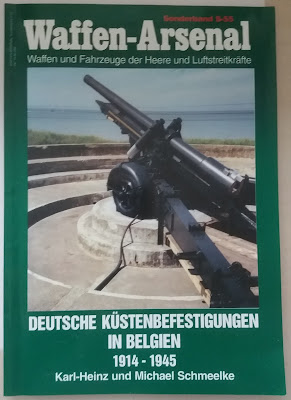 Yeah, about that one......I paid 4 euro plus shipping for it (also a brandnew copy) as it peaked my interest as it was listed as German fortifications in Belgium 1914-1945, and I can use some intell on that. But I should have read the cover and did a search on it, as it focus only on the shore based artillery fortifications which isn't really what I was after. There are quite a few very clear pictures of the Belgian, English, French and Polish guns used in the fortifications, as well as some quite heavy WW1 guns. Really nice for someone, just not for me. The sea defences shot was nice though. Artillery shell with fuse on a stick anyone? 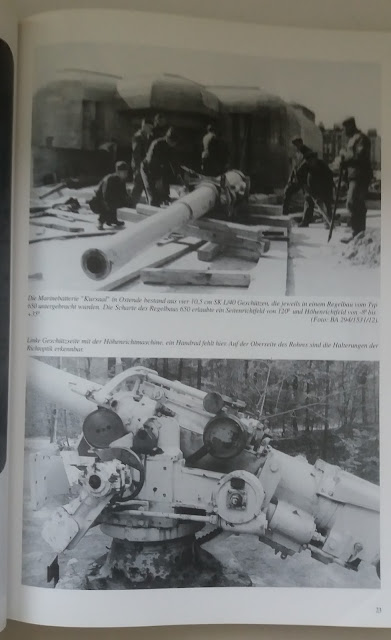 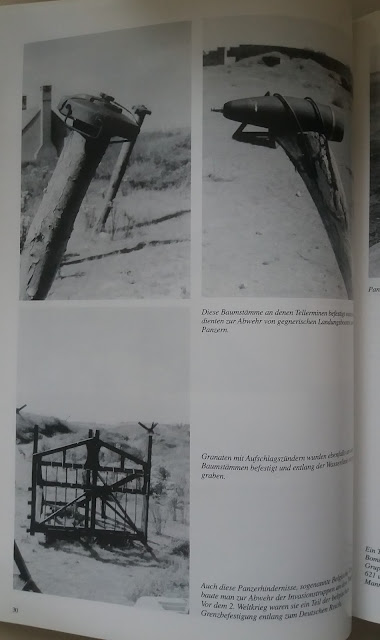 Last book of this short review is Concord Publications 1024 After the Storm: Iraqi Wrecks & Fortifications. 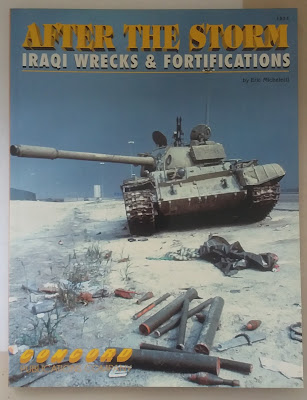 I paid 10 euros for it, rather cheap as most Concord books tend to sell in the 12-15 euro range (and sometimes more). It's also brandnew but the spine is discoloured and there is a faint tobacco smell to it (which I loathe. Ex smokers are the worst :P ) Tons of pics of wrecks (what I bought it for) and some excellent shots of fortifications. Nice colour pics too. Well chuffed with this one. Here are some samples. 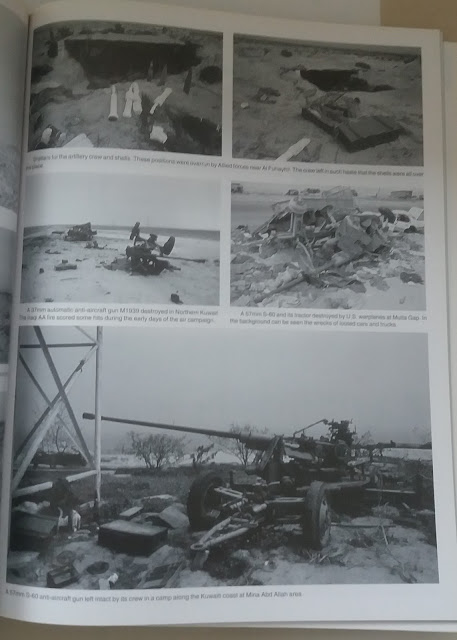 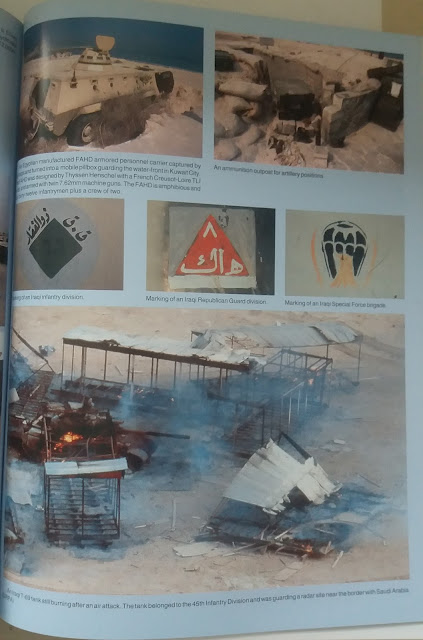 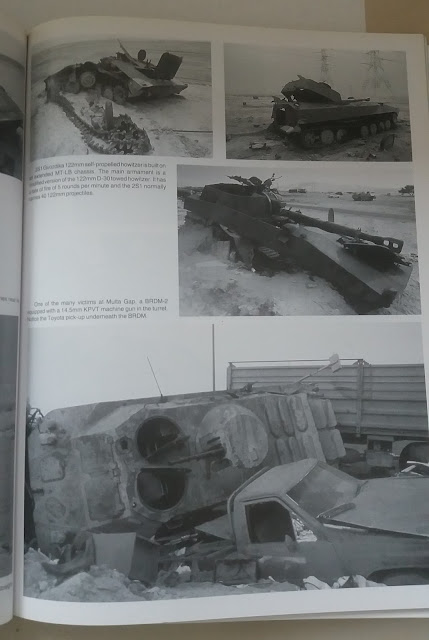 And that is it for now. I'll do a review on the new Kampfgruppe Walther book soon but I'm still going over it......there is a lot to see and take in!
Gepost door Gunbird op 15:45