Slapping on paint, then watching it dry.

The farm is making nice progress, most of the bases are ready to accept the fine dust I will use for basing. The MiG-21 I made is fully painted, decalled and currently coated in gloss, and will get a second coat of varnish tomorrow, and should be ready for show and tell in the evening. The Ork freighter had the last puttywork done and is ready for primer tomorrow, it will be a testpaint for the Ork Battleship. I've based a car for Gaslands, and added some bobbins to make it more interesting. I magnetised 2 more MiG-21s (no idea why, maybe equip one as a air defence, and the second, just rocket pods? I have no idea how the granulity will be for Northag.

Now, in all of this I'm working on one piece at a time till I can't go any further (due to drying paint, glue or putty) and then grabbing the next piece I'm working on. Keeps it interesting, and should help me with getting more done, in all scales.

So, in comes the box of sprues of Chaos Cultists I picked up last week, and started converting one single mini into a Savlar Chem Dog.....for no other reason than that he looks the part after giving him a new head, new gun and new leg, plus some puttywork. 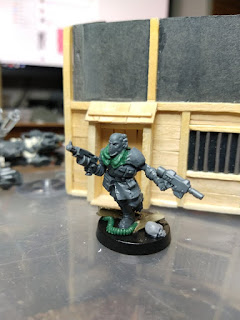 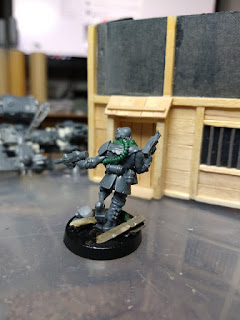 Puttywork should be solid tomorrow, then add a valve to his back canister and some gizmo in the back of his headto tie in the tubing. No real reason to make him other than wanting a few generic NPC's/Baddies for Inq28/Necromunda. 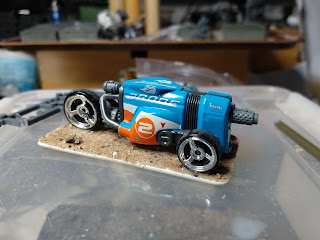 Even with 10 kilos of die cast cars in the attic, I could not pass up this one in the Goodwill store for 25 cents, ripped off the wing like tail thing, added a small tank and added a Ork shoota barrel to the front. It is ready to be primd tomorrow, is for Gaslands, and I will not start a new car till this one is finished, like the other stuff. I hope to get more stuff done by starting an item for a project and not making a new one till the first one is actually finished. It does mean I will have several models on the g, but try to stick to 1-2 items per project. 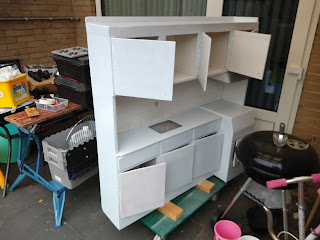 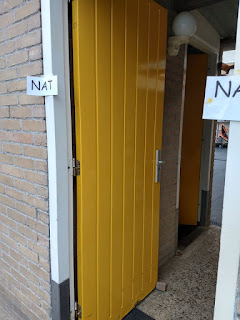 Will it work? I dunno, one way to find out, I suppose. Hands effing hurt, and to mention the watching paint dry bit from the headline, I did the last coat on the backdoor, and the first coat on the kitchen for my kids school.. Just wish the damn flies would stop their Kamikazi attacks on drying paint <sigh>.

Now, to put my hands on ice, and get some sleep.