Culling your stash and looking at the bright side of life.

Since I'm tied down to the house atm (Fysio taped both my knees and told me to take it really easy as I'm going to hard on my knees) I did some cleaning of the hobby room, but that was going too slow for my tastes. So I dragged down all of the kits I want to sell this round, listed them in Excel and passed it around some of my fellow wargamers. 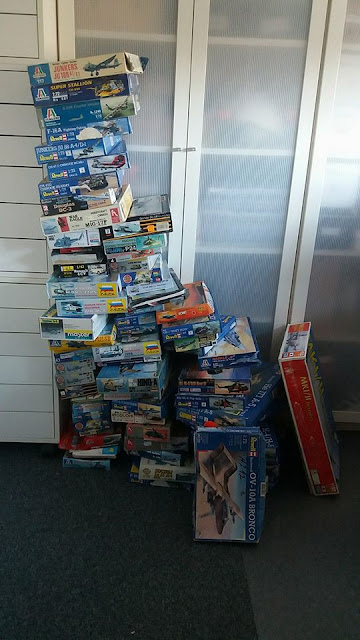 60 kits gone from the attic. Might look like much to you, but I can assure you, it is but a drop in the ocean that is the attic. They are rather bulky though, so it looks emptier now.

The dreams I had with these kits.....Entebbe with the Hercules.......Dutch F-16's for airsupport for my Cold War stuff, and many Russians as well. Oddball kits for conversions, a bunch of 1/48 scale helicopters for 28mm Special Forces games. I scratched them all off the list, they are not going to happen. Airsupport for games works just as well in 1/144 and costs.....the same actually! They just take up loads less space when built.

Anyway, as soon as I have these out of the way I can get the forces for the scenario laid out and sorted and get to work. Unless.....distractions? Like Piers making proposals? Piers is slowly clearing out his Britannia collection and replacing them with AB figures. As soon as AB releases the new Soviets, his Soviets are going on the chopping block. One of which is a full Rifle Platoon with support options (well painted, but not by him). 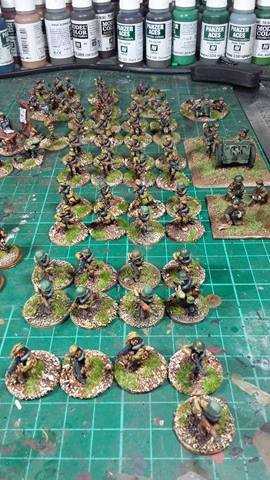 Being the cheeky bugger that I am, I asked what it would cost. Yes, the bases are a bit bigger then mine, and the guns have fixed crew, but it is a full Rifle Platoon that would make a great core to tack on stuff built and painted by me, and instantly I have opposition for my Germans without having to paint for 6 months (without disctractions....hah!). So, the cost?

20mm stuff. General clutter and scatter scenics. Fences, city detritus, wrecked lorries... anything your crazed mind can think of that will scatter over WW2 tables to further enhance the look.
Just the sort of stuff you do so well really!

Ah, you mean making the quirky stuff I love doing anyway? :D Sure I can do that :) Trouble is, now I have too many ideas so I'm going to have to make a shortlist of things I can do.

So:
And in case you had not noticed, I'm moving upwards into a high again. Even though my knees hurt a lot, I'm doing what I can when I can, even if it involves a lot of time behind the PC doing searches and listing stuff for sale, but also looking for recipes to cook new interesting stuff for the kids (cause I really like to cook.....I don't think I ever mentioned that?).

Oh, and I found Modhail a great new toy for his new woodworking hobby :) 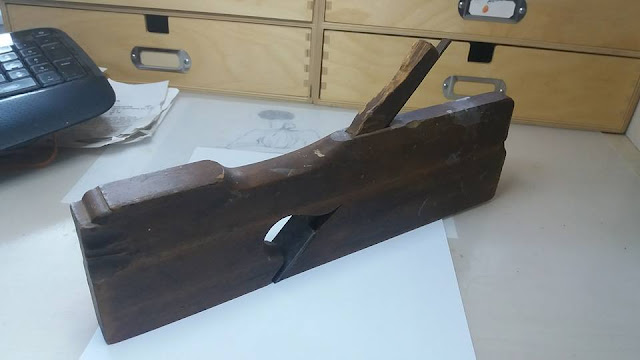 Combing my prescribed trips to stretch and train my legs with visiting 2nd hand stores came in handy last week when I picked up this beauty. Erik, consider this your Christmas present :)
Gepost door Gunbird op 00:53