Having (barely) recovered from Crisis I translated a Dutch transcript about the battle for Sint Joost for Piers so he could write 2 scenario's about for next periods WSS. I've seen the scenarios and they are pretty good :)

Having received my current copy, I had a read of the 2 scenarios he has written about 2 actions in Belgium. One of them is the "Hunting in pairs" scenario that I had a preview of last month and for which I picked up some stuff at Crisis. A box of Jagdpanthers, a upgrade kit for them, a extra MG42 team, and a box of Carriers......cause I know I already have a big box of British stuff in the attic. Somewhere. Uh-oh....

FFW 2 hours in time, me moving almost all of the boxes on the right side and not finding the damn box. What I did find was tons and tons of kits. 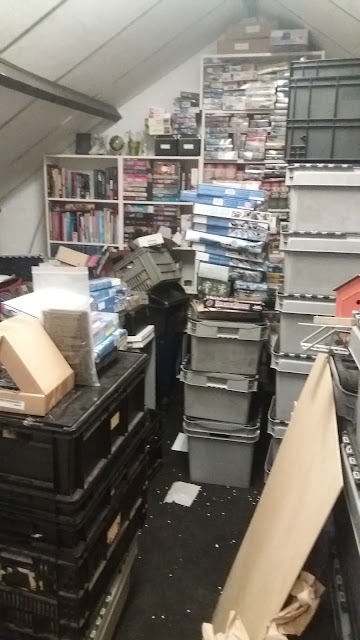 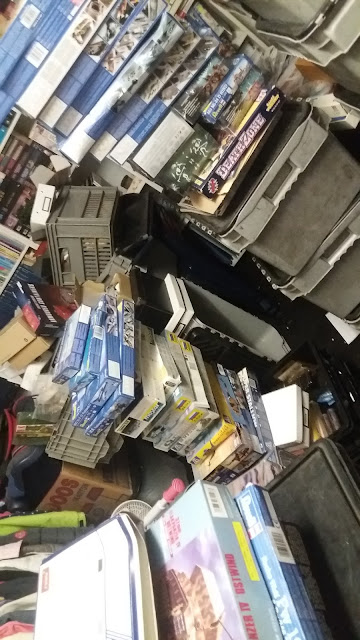 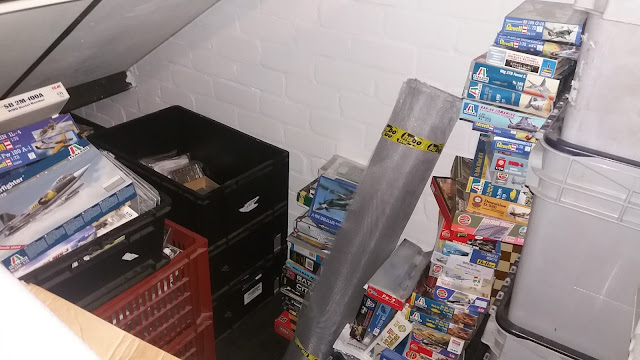 Tomorow evening I'm going back up, grab an empty box and toss in all the kits I want to sell. And then grab another box and sell those too. This is just way too much. I was perfectly happy with just 1 cabinet full of kits, but this is enough to fill 2 cabinets and there are even more bagged ones in containers I have not even opend yet.

And I need to clean my hobby room too. And where is my box of British stuff??  Aaargh!
Gepost door Gunbird op 01:12