Some of you will have read my review on a Grubby Tanks order I made back in September, and the sub par cast Panzerjager 1's I got, and sent back. After shotting off a couple of emails for updates the last and only reply I got was early November, that the box had been received and he would get on it the next day. And then silence.

FFW to a now locked conversation on the Guild about his service being a bit spotty, and I decided to send him another email to see if I could get a final reply from him when I told him I just wanted to spend the refund on more miniatures. I got a reply the next morning at 3:30 (doesn't this man ever sleep?) that he thought he had sent replacements, but that he now wasn't sure anymore, but I only needed to send in a order, and pay for what I want minus the refund and free shipping.

Well, ehm, that was quick, butI had not given what I wanted much thought. I've been eyeing his Kelly Heroes range, but he doesn't do jeep crews that I want for my Greif unit and my only (future) want is (more) Partizans due to Piers long interest in Prinz Eugen and my love for hit and run attacks, so I just ordered one of all of his Russian and Yugoslavian partisans to give me something to do. I just got confirmation for that order and the agreed price, so sent my payment and now it's fingers crossed.

Now, where do I find the time to paint 30 partisans? 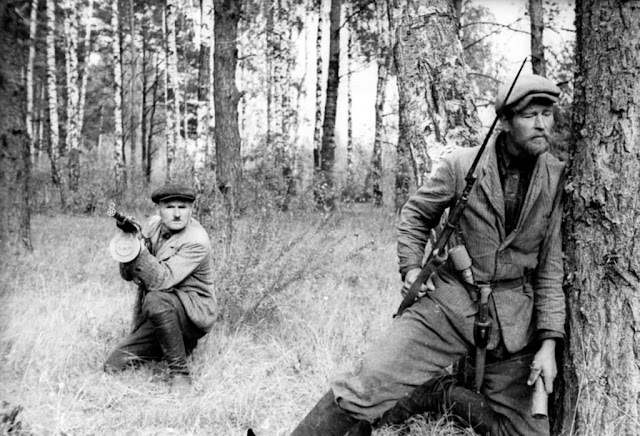