Back in Juli 0f 2015 I made a master of a speaker and press moulded them a few times, not all very succesful. Made a top for the Minaret I was then working on and it was then forgotten.

As I want to spend less on the hobby and you know, finish stuff, going over the WIP drawers is a smart thing to do as they are stuffed to the brim with unfinished kit.

So, here she is ( I picked a few other things to play with, but settled on just the speakers in the end) 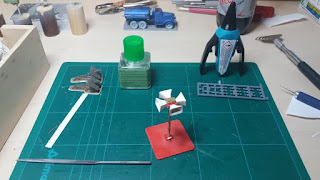 I added a mechanically bit on the top, to cover the drill hole for the power cable that now smeaks down the pole and into the floor, nicely bolted down. A bit of tape keeps it stuck to the lower part of the pole.

Sofar I've painted the speakers, mechanical bits and pole. The sneaking cable, hatch and concrete floor are for a later time....maybe tomorrow evening, maybe monday. I will not start painting anything else till this is done....which is somthing I should have done ages before. But hey :) 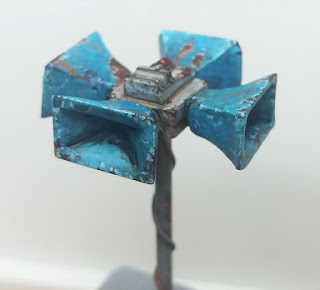 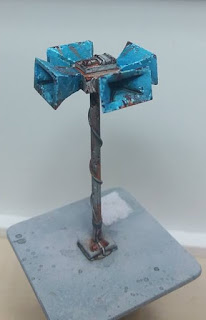 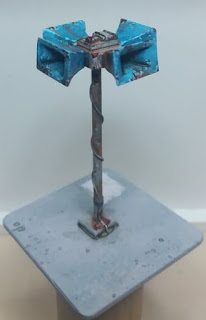 I'm also motivating myself to get the desert city done, so this one going on the top of the Minaret is my proverbial kick in the bum. It will do double duty on Russian (backed) installations as well...stay tuned for those :)