Added in a chimeny, which went well. Added in arches in stone....which went shit. Added the roof, the burned parts of it (on purpose). Building on the fly is fun, but a bit more planning would be nice tbh. Already have 2 partially built bases from last year lined yup after this, when this is done (and painted!) I'll have a sit down and put some ideas some ideas to paper. Would be nice if I could find the old tower I made for La Maisontaal as well, but I'll be damned if I know where it is.

Lot's more to do, and a story is building, but not sure if I'm going with a Merchantshouse for exotic wares (explaining the blocked off storage area underneath the living area) or.....what?

Her's some pics to keep you entertained. 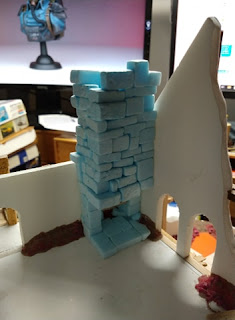 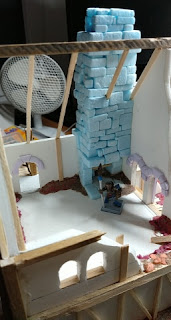 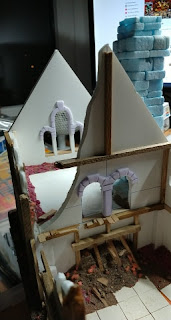 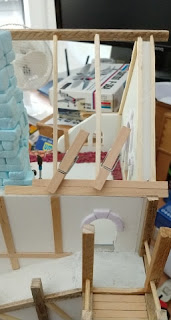 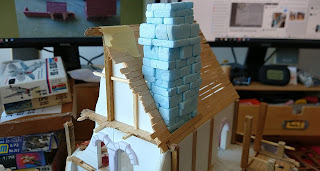 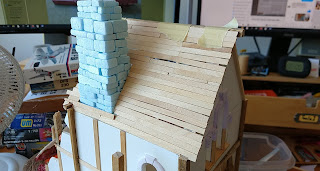 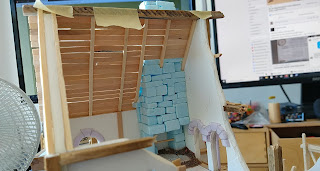 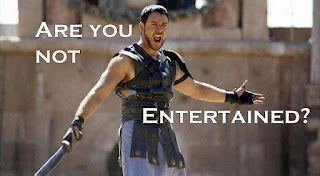 Hope you are. I'm also working on my years old 10mm Afghan comission (Rob is a really nice gent and never puts me down por being a slow as a frozen Chipmunk) and I'm aiming to have those built and plastered somewhere in the week, but pictures of that at a later date.
Gepost door Gunbird op 00:17