Picked up a wrecked container truck (it was missing the entire cab) for 50 cents at the thriftstore today (and got home to find a 10 cents sticker underneath, cheeky buggers!). Decided to prime it so I'd have something to do in between drying times of the C-47 so picked up a Army Painter can of Skeleton Bone. BAD mistake! Even after rigorosu shaking it came out spluttering and drying very dusty. Binned the can immediately, rubbed it with my fingers to smooth it a bit and presto, the letters come showing through. Hmm, idea.

So we start out with this:
I'll spare you the pic of the orange peel skeleton primer coat. I've said it before and I'm saying it again, Army Painter rattle cans are utter shite. Don't buy that crap.

So, coat on, a couple of washes of dust, rust and brown later (speeded up by the use of a hair drier), some beige paint to bring out parts of the lettering again, a good brown sponging and highlighting and 3 coats of gloss varnish later, we get something looking like this:
And then we added the rust with enamel washes, and another 2 coats of varnish and we finished in just under 2 hours working time. Not bad for a in-betweener. 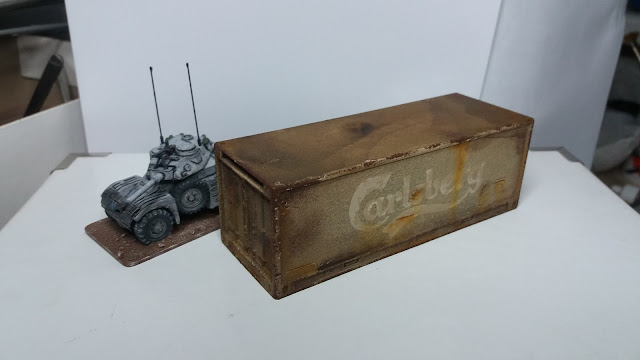 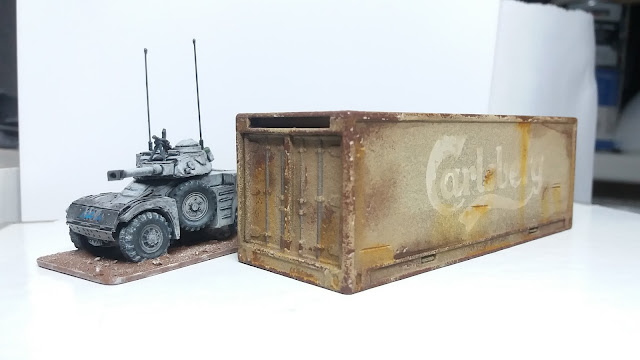 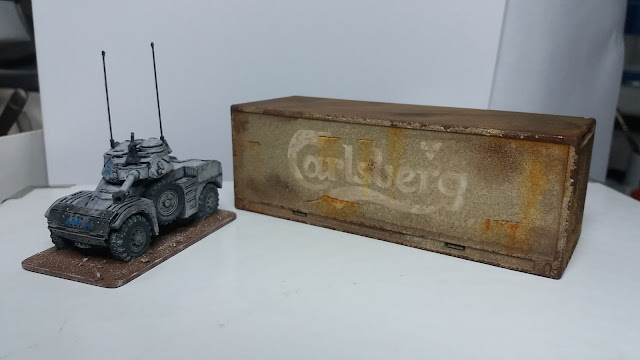 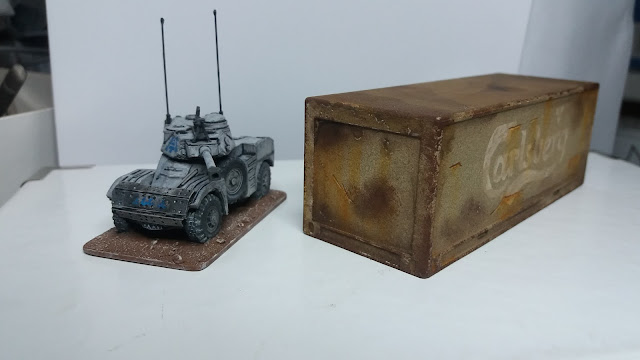 20mm Panhard for scale. Container works nicely for 20mm. Now back to the C-47.