The Guild D-Day Speedbuild: C-47 with a twist - finished? and other ramblings

With little time to spare, I completely burned out and posted the following 4 pictures for the competition. 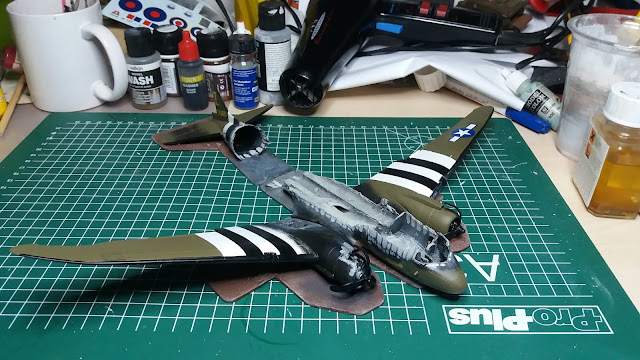 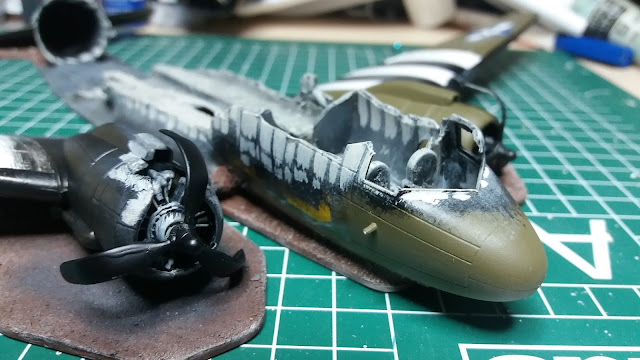 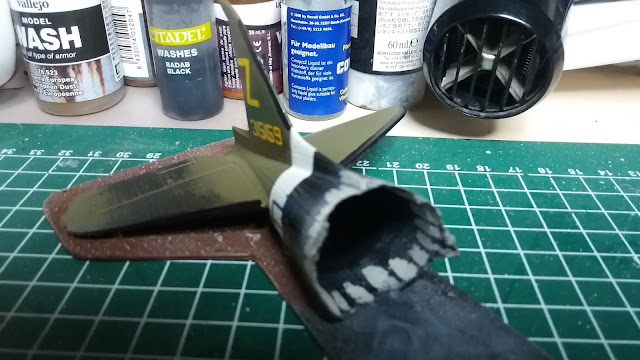 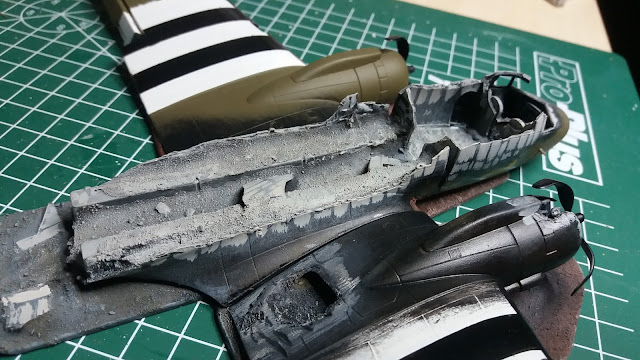 I posted it on a few forums too to finish my running topics, but I have not had the nerve yet to read the replies. On the one hand I just have bitten off too much then I can chew, but to be fair, with better focus that might have not been the case.

But to spill the beans a bit, last week I was diagnosed with Depression, and seeing this is my third time in 7 years I kinda know how it goes, and it ain't pretty. I truly don't care about anything right now, hopbby, wife, kids, myself, nothing. I spend 2/3's of the day in bed. When I do have bursts of energy it pisses off my wife and confuses the heck out of the kids, so I just go to my hobby room and paint there for 3-4 hours straight while watching Youtube tutorial (and Fallout 4) videos. Since this is my third time, and my docter is super worried I've been labelled Priority and have my intake tomorrow. There is a bit of discussion whether to admit me for a short period so I'm away from everything or have me over 1-2 days a week for therapy and meetings. To be honest I don't care what they choose for me, I just want to get rid of this black hole that is inside me and swallows everything, from energy to feelings. I mean, I don't even care about painting right now, and I love painting. I've been on a downhill slope ever since losing my job and it is spiralling out of control ever since the news that my knee damage is permanent, and I just don't see the light at the tunnel anymore.

It sucks, but that is the way it is. Having said that, I've managed to snap out of it 2 times before. I have every intention to do the same thing again this time. But I want to ask them to treat it differently this time. Dark moods are a part of me ever since I was a kid (but I never was a Goth or anything) but I never discussed that with my family cause I knew very well what they thought about people that don't fit in their little world. I did find out pretty quickly that being by myself and/or with others and doing hobby related stuff meant it got pushed back. For quite some time I didn't have issued with it anymore and I kind of forgot about it. I have the hobby (gaming, painting) to thank for that.

So what changed? I'm not sure. When I got older I started to run into more and more people who don't accept my hobby as being something a adult should do. That it is a waste of money. I stayed friends with people who either like or have the same hobby, and tried to get rid of the ones who disapproved of it. Problem is, the disapprovers in my inner circle are my next of kin. My dad in particular has expressed more then once that he would come over, dump everything in a trash container and that would solve the problem once and for all. They see my hobby as a problem, as a disease, a money pit. I've long since given up the fight to change their views. I hardly ever show off painted stuff on my own FB page and keep it mostly to closed FB groups, a few forums and my Blog.

So why am I telling you all this? Well, I've never been the best in expressing myself verbally. I can talk long stories but sometimes it is hard to tell where they start and where they end. It's hard to explain the problem when I myself can't understand my own problem most of the time. Does this mean I have no more love for the hobby right now. No, it does not. That I don't care about it right now does not mean I do not love it. It is just that 99% of it gets blocked and only 1% actually manages to get out.

Like what I painted in between painting burst of the C-47. A local friend of mine commented that he would like and try to revive the cancelled 2012 Afrika game and see if we might get 3-5 players and have a small campaign with them. Even in my blocked off state, this triggered something as I had spent a lot of time on the background of my faction, the mercenaries called Zwartwater, and gathered quite a bit of kit for them. Also, this happend just at the moment I was watching a documentary on Netflix called "Only the Dead"

During the chat I saw this on my screen:
.....and I wanted to paint that. What I normally do these days, is that I see something I think of interesting to buy, paint and have, I just copy-paste the picture, print it, and stick it on my whiteboard.
But I did not want to paint another SUV, as I already have a Press SUV/Armoured Car (see ZNN
I gave it away to Bryan of the Hobby Den, then painted another one which I still have not finished (just needs varnish) for my own collection). I did however see, while cleaning in the attic.....
...a built, based and washed Lada Riva from SandS

And then magic happend, as I got through my numbess and painted my little heart out. I even cut apart white bar decals to represent the tape used to mark the vehicle with TV. I kept the clourscheme the same. And this is what I got:

And while I was at it, I even made rules for it in Battlegroup (Moderns).

Press chit. This replaces a 1. When pulled, play on enemy unit and put a Press vehicle/3 man team on the table.
1-2 Unit too busy to fight cause they are recording messages for Mom and Dad. - no action next turn
3-4 Unit goes all out and puts up a show for the Press - Free action next turn
5 Unit is portrayed badly in the eyes of the Free World and loses D6 BR
6 Press is unwelcome. Place chit on enemy unit instead

Optional: If you have a translator team you may add or subtract 1 from your roll.


Right, tomorrow after the meeting I will come back home, clear my hobby desk, give it a good cleaning and the decide what to do next. Taking a week or so off doesn't sound so bad right now.
Gepost door Gunbird op 21:25