On D-Day, I remarked that it would be great to have a speedbuild based on that. A couple of hours later, a speedbuild with the D-Day theme was announced!

The build is simple:

If it was used in the defense, landed on the beach or dropped from the sky on the 6th of June then its good,
If it appeared or was used at a later date then it does not qualify.


Then follows 3 days of going over ideas, sccratching them, making new ideas, etc, until I remembered just 2 hours ago I have a 1/72 C-47 that I traded recently. New in the box, very complete. I'm going to take "dropped from the sky"very literally. I've been wanting to make a wrecked Ju-52 for a while, why not combine that idea with making a start for Normandy for next year and making my first major wreck, but then with a allied aircraft that can pass for a Arnhem one as well? (yes, I know, markings and all, but at first glance it passes muster)

So, for inspiration I googled these: 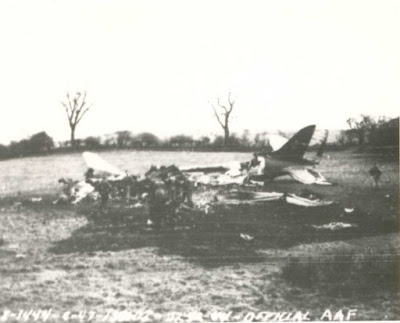 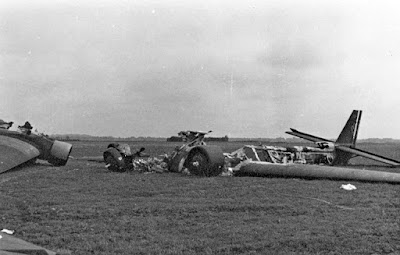 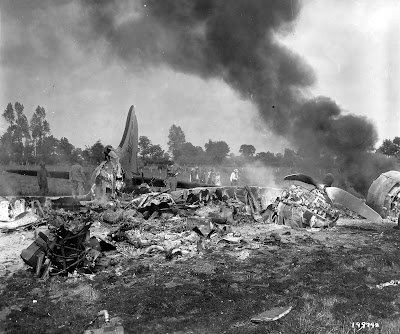 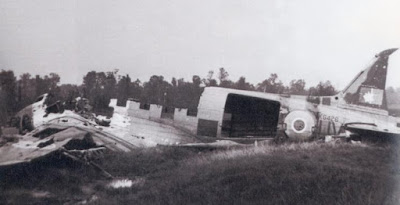 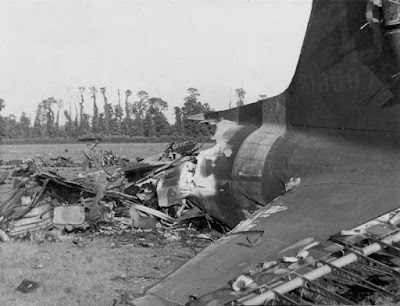 Now, I cannot make them exactly like that. My Dremel and cutting tools are still *somewhere* up in the attic, so I just have some needle files, a few knives, a sidecutter and several sheets of sanding paper to get the job done. Secondly, the wreck will have to be in parts else I can't store it. Third, it is for a wargames table so it will have to be simplified a bit to prevent breakages. Fourth, this is a testpiece as well as a speedbuild. I have a rough idea how to create the texture and details that I want but I'm not 100% sure I can make it work. 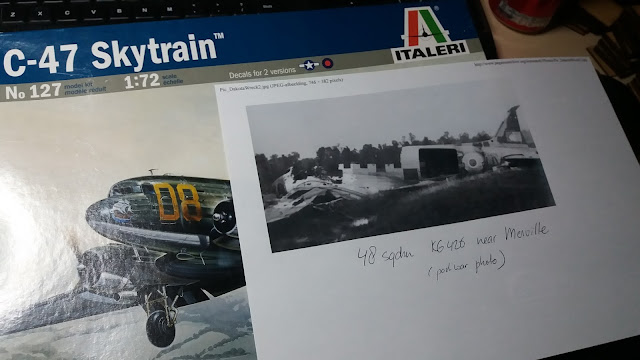 After a few rough cuts, snips and a bit of glue I have a wreck in 4 parts. 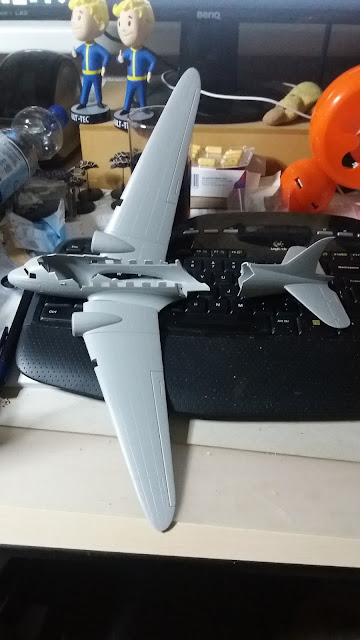 After examining the pictures of wrecks this is how far I'll be getting tonight. Tomorrow I will sand down all of the rough adges, I think I will cut off all of the windows as well and cut deeper into the cockpit, and find something to quickly and easily sand all of these rough edges into edges that resemble burnt aluminum. I'll also base up both wheels and the tailplane  as pieces sheared off during the crash so you can put them in the field behind it.