Oh, how easy I flutter from one thing to another. At least it's one large , repeating, vicious circle! :D

A few weeks back, after watching another episode of Jinlges gaming Atlantic fleet, and noticing he mentioned it being available for Android, I went to their website, checked out the stats and figured it could even run on this clapped out PC. 10 Paypal euros and a Steam account later I was the proud owner of Atlantic Fleet and after going through the tutorials I kinda got the hang of it. Since then I've played it an hour here, and hour there, not so much, but since starting it I'm suddenly seeing naval wargaming topics pop up on my scope. A Java Sea one on the LAF, a review of 1/300 MTB's from Navwar, stuff like that. 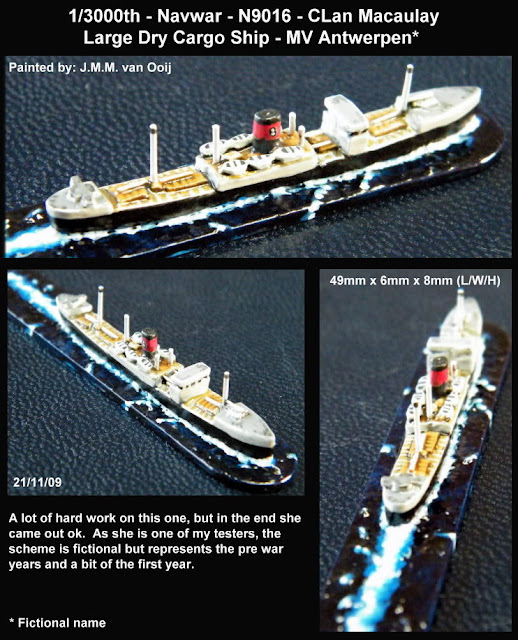 Remember these? It's been 7 years now since I painted most of these, and they have sat unused ever since. I bought a Convoy rulesset a bit after that but it never clicked with me (no one seems to play it) so the models got put aside. Reading about MTB games (there are quite a few more rulessets for those) makes me think why not use those in 1/3000th instead 1/600th or 1/300th? You should be able to get more bang from your table, I'm used to painting and labelling small stuff, though I've moved away from visual tabs to stickers on the underside as to not make it stand out on the table. It's not like I'll have 30+ ships on the table anyway, and simple flip of the ship will tell me what it is anyway in case anyone is confused. I have not bought anything for this though, and I do not intend to atm! I have 2 big boxes of WW2 and Modern ships that will see the light someday, and I will read up on MTB rules first before I make a purchase of 1/3000th MTB's in the future. If such a thing is available...I haven't checked tbh cause I'm busy enough with studying and yet another sick child (now it's Emma's turn to be sick....jay...) >> just checked. Navwar does E-Boats but not S-Boats for example. I'm pretty sure I might have a few in the boxes, so I'll check that first.

Seeing as my interest is still focussed on small scale engaments for a low cost, it is on the books though. Just no idea when that will be actually.

Fluttering from that flower to the next......

I'm really smitten by Gaslands. I'm not, however, by the lack of rulesset or possibility of aquiring it at this moment (it being a future Osprey release). This is also the reason I did not pick up the counter and movement marker set at Poldercon......I have no idea if something, or anything, will change and I don't want to waste money as it is so deerly needed atm. This however hasn't stopped me from rummaging through my bits boxes to find some suitable vehicles, scenery etc to have a go at for the game....since it is basically 20mm most of my collection of scenery is suitable anyway and having watched too many user videos on Crossout MMO (which is still in BETA testing) gave me tons of ideas for suitable scenery anyway, quite a few matches my ideas on scrapyards and Eastern Europe perfectly. I'm really aiming to get the most bang per buck out of my collection.....limited space, limited funds "help" in this case. 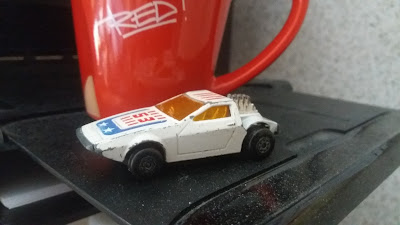 I picked up this car to be my first build to see if I enjoy making these.... I'll convert it completely to a in your face - ramming vehicle, with all the armour on the front and none in the back. Spikes on the wheel hubs, armoured visor on the cabin, and vicious blades on the front. Maybe a magnet in the roof so in the future a weapon mount can be added just in case. Since I don't have the rules, In know nothing about points cost, effectiveness and even game legality, so this is just a fun build, nothing more. 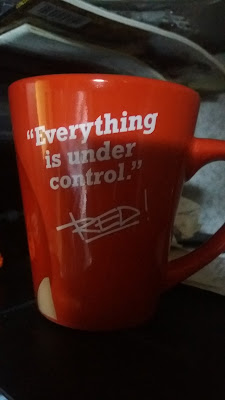 I tend to pick up stuff to motivate me from time to time. It could be a kit that I've always wanted for one of the armies/warbands, or a piece of hardware that relates to them. It can be the weirdest things. Recently I've been googling for a Pāsdārān head band to go around my Iranian helmet (which is just a US tin pot) and I'm guessing our national Intelligence services are keeping tabs on me now cause I've been on sites from the Middle East I've never been before. All kinds of colours, printed or embroided, quotes from every saint from the Quran it seems, and not that expensive, 11 euros per band. I'm looking for a red band with yellow or white print, yellow with black print or green with white print, but decided "not today" when I got a shipping quote for 30 euros to my location for what is essentially a 100 grams of printed cloth. And I can only find 1 online shop for them. Well, maybe some other day. No rush with either my Iranians or Iraqi's.

I did make a 2 part purchase to motivate me for my study and my German army in one go. 2 part, because I bought a basic helmet for the start, and a promise to buy a Heer helmetcover for it when I pass all tests and graduate. 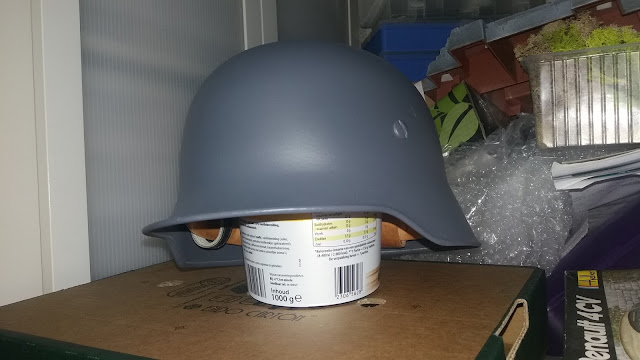 Is it a real one? Yes and No. It's the post war Bundeswehr aluminium version of the M40, but has no airholes and a modern inside. Piers said it was his first helmet when he did reenacting and that it was a Spanish one so I'm assuming they used the same. Well, at 40 euros I'm not complaining....I've been after one for a couple of years now and original and copies go for much more money then I can afford. This one looks the part, and with a helmetcover none will be the wiser.

Latley, my selling-purchasing ratio has been improving, I'm really hesitant to buy much of anything really and sales have been going out in dribs and drabs. Seeing as we just bought 2 new beds (well, 1 second hand and 1 new just to make sure we could get identical beds) for the girls as well as matresses our expenses have gone through the roof a bit......but the beds are worth it. Very girly (pink) and lot's of little details, should last them a few more years, now to find a buyer for the old set so we can swap it out when the girls are at my parents for a few days.

My mood is a bit foul atm, I keep running into things and there just don't seem to be enough hours in a day to get everything done I want. Yeah, I'm a crybaby :) After school tomorrow I will start drawing lines on my workspace again and get it sorted step by step till it is cleared and it becomes easier to do my homework here. Then repeat for the rest of the week. 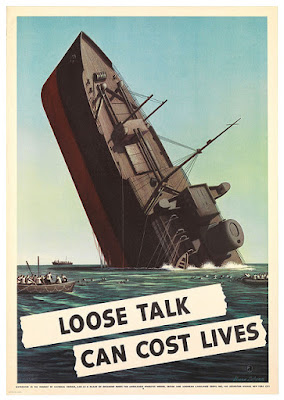 And with a final note, I've just bought 2 kilos of 0.6m floral wire to make trees with (2kgs is roughly 1800 strands which is about 90 trees.....). Yes, it's a bit much, but with shipping included it's way more economical to buy in bulk then per 100 strands. And to my surprise Nikki was watching the tutorial with me and she really liked them, so I think I'll sit down with her and bend a few strands with her just for fun. Kim asked if I would be willing to make 1 tree per night for the next 3 months straight, and I said nay as that is not the point :D Make some test trees, see how it goes, then make a few winter trees (basically sans foliage) and then see how I proceed with more bushy ones.