Wiped the board clean again today (the whiteboard that is), and relisted all of my current running projects, and BFG is on top atm. 6 Planets and 2 ships need to be painted. For the ships I have settled on the bone hull and red/gold prow for now. As my paint was all still stored in a big bin I started by sorting all of that, putting them in my new paint rack and labelling all of the (vallejo) colours accordingly. Works like a charm.

First things on the painting table are a planet and a moon, I went for a grey dusty moon with 2 drybrushes , and for a yellow/orange planet with several layers of drybrushing. Nothing fancy.

Simple cheap o wallfiller smeared over the cut in half foam balls, then sanded down again. The moon had craters made with greenstuff, just a ball here and there and then smooth out the edges, then use the back end of a file to make a hole in the middle. Painted right over the filler, no primer coat (just in case it had not sealed everywhere, using a spray can on styrofoam can have Alien acid kind of effects - which you can put to good use) and I just gave both a nice sealer coat of gloss polyurethane varnish, and a good matte coat tomorrownight after it has time to dry properly. Then on with the next 2 planets. And the other 2. When they are done I only have 1 styrofoam ball left to do something with, and 3 already painted balls that I want to get rid of the styrofoam structure so those will get repainted too. After that I will try and grab a few smaller balls somewhere for use as (more) moons like the one on the left. And get 2 of the >25cm half shells and do something fancy with those. That should be enough for starters, and warrants a daytrip to the big city for the art supplies and hobby shop.

Then to post this weeks Paypal balance, which is now 60 euros. Not much more then last week, well, because I bought the 3 mats from Urbanmatz. Had chat with them after asking them on the FB page when the pre order would go up for their new concrete mat. If I was interested in one of their test mats? If I could give my honest opinion about it? After reviewing the pictures he sent me, taking into account that cameras can do odd things with colours, the overall picture was good. No more dragon skull and bone, and the rows of bones from the centre have been replaced with more concrete and a mossy/grassy patch. The tinge is very blueish though, unlike the khaki grey of the previous mat. See for yourself. 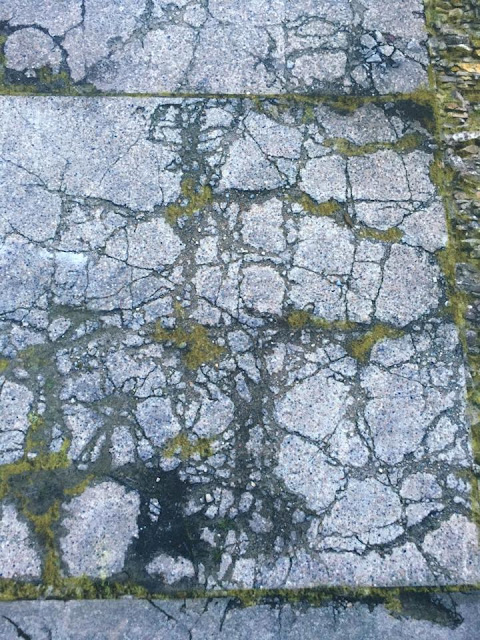 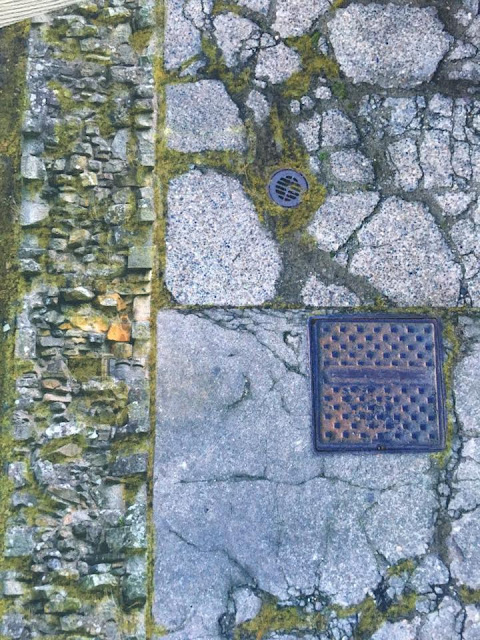 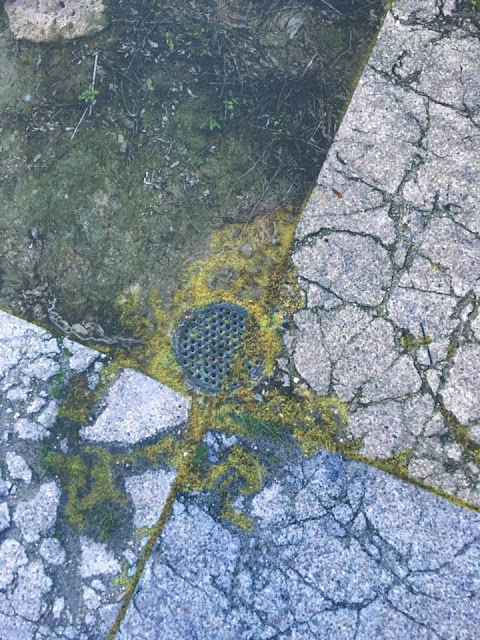 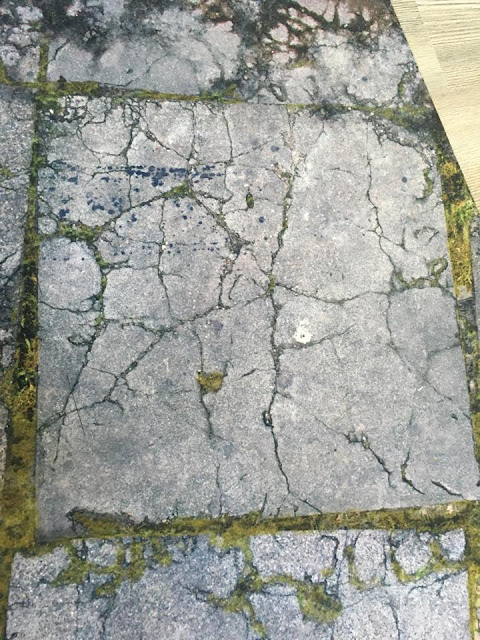 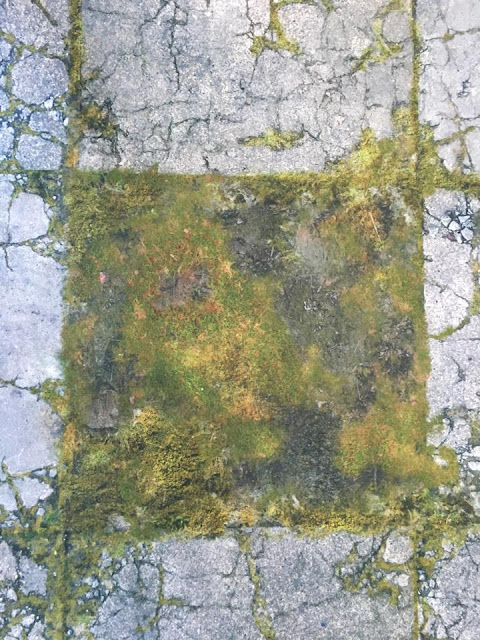 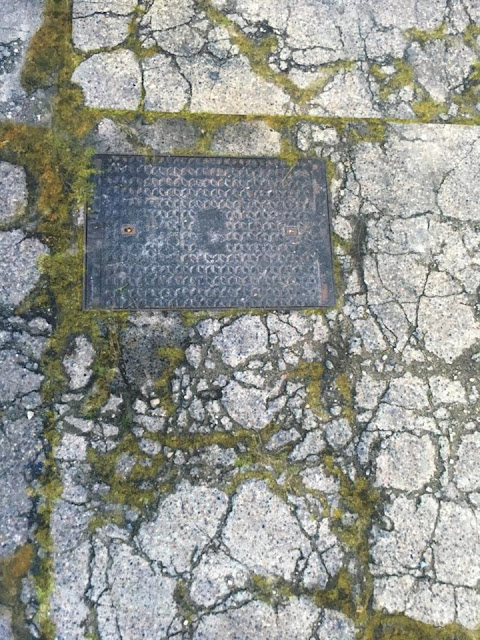 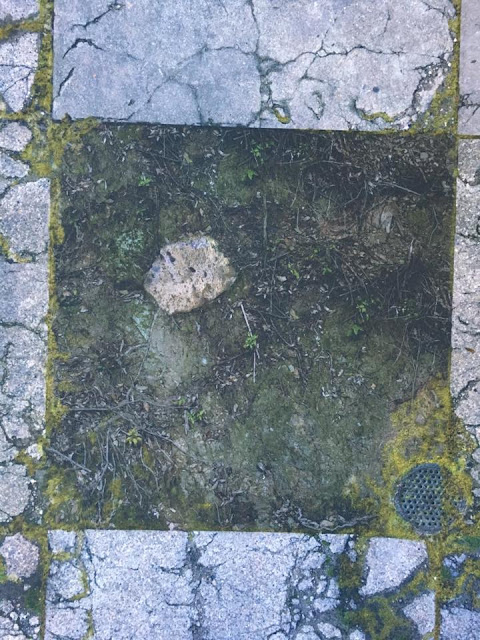 Turns out, while his team says they are fine, he's not quite happy with it, and it may or may not get released. He valued my opinion and my order and offered me the best looking of the test mats (the one in the pictures) so I could have the mat now and not have to wait till June for a mat that might not get released. I agreed to that because the bleuish tinge is not putting me off and I like how they reworked the mat. So I put in a 195 euro order of hard earned hobby money. I was asked to give my opinion of the mat when it arrived, directly back to him. As I have no problems with that (I will Blog about the mats when they arrive) I agreed to that. Out comes the final surprise, do I also game in 4x4? Yes, I do (well, plan to anyway). If I was interested in a free 4x4 concrete testmat, free of charge? Ehm, is the Pope Catholic? Yes, I do. So that is added to my order for nada. Look out for a full review on all 4 mats in some weeks time.

To really end the Blog for today i found myself with one minor issue......where am I going to put them? Crap, hadn't thought of that. My first thought was above the doorway:
But then it hit me, the original whiteboard is 120 cm/s wide. The mats are rolls of 4 feet. Just add a plank with plenty of support and something to stop them rolling off by themselves and you are set.