I've gotten into the habit, that if I want to do a project I like, I build scenery for it first. If the interest dies, at least you have a nice piece of scenery.

I've been looking for opposition for my 20mm Germans for some time now and I can't make my mind up about British or Americans (and completely ignoring the Guards army worth of T-34's I have for the moment) and as the Sherman works for all 3 of them....

Started by examening this photograph. 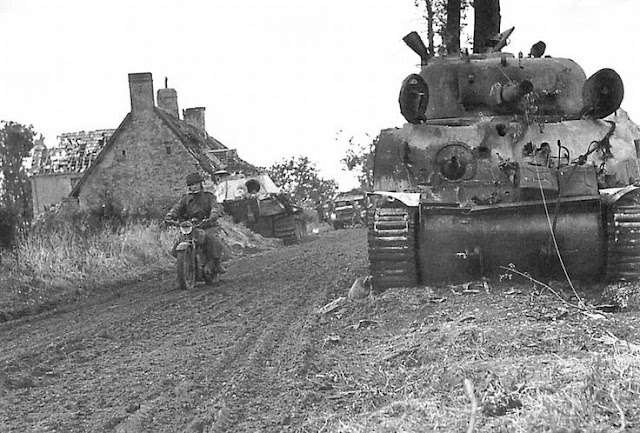 Damage, open hatches, ok. I had a ancient Esci M4 Caliope in my stash that has all open hatches so I used that. The Caliope part can be reused on a PSC M4 hull later on. I didn't like how it looked with just 2 holes and open hatches so I added a broken track from the single track whatever the material is, and bonded it to the hull using epoxy. As it turned out, even that wasn't strong enough in 2 places. Fortunately, I only needed to pin it in one place, next to the loop, so did that. Will cover it with dirt or something else later. 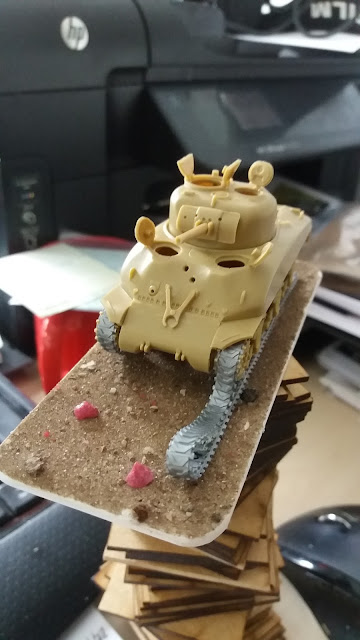 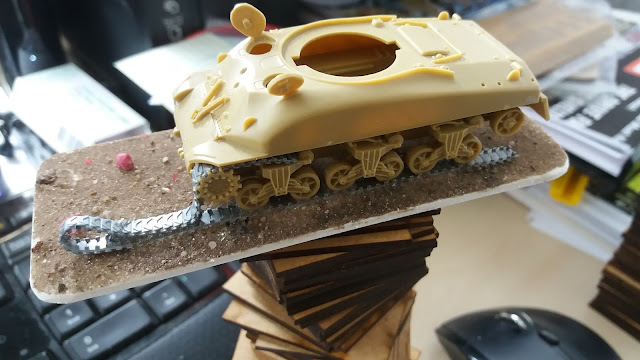 Already removed the barrel lock as it was missing in the original photograph (as it took the hit) and started to fill up the holes for the tools and the wooden cast on tools (cause they would be burned off). Decided to omit the .50 cal too. Also now adding applique armour to the sides and turret with thin plasticcard. Hope to have her basecated and decalled by tomorrow, and painted by the end of the week. I might even find the other Esci M4 I have laying around and give it the same treatment.