It really helps to read an army list BEFORE you build stuff, you know?

So, in between my studies, I've managed to build and base 2 Russian 45mm M1937 AT guns for my Partisans, one on the move and 1 in position, after getting inspired.

Apolagies for the shitty quality pictures....still using just my phone.... 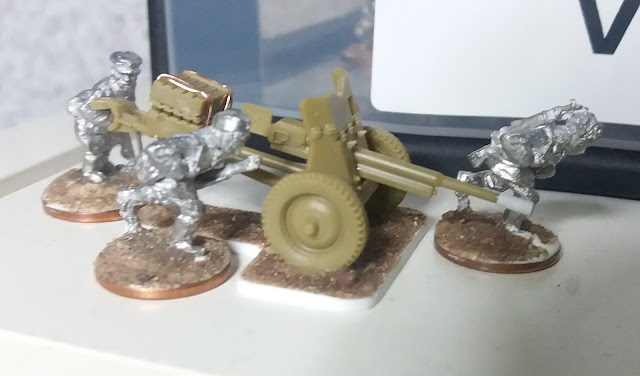 Gun on the move in to (or out of?) position. Most pics I've seen of it being manhandled is with 2 people at the front of the gun and 1 in the back steering it....I think? Put a muzzle cap on it to keep the dirt out plus 2 cases of shells. I have no gun crew yet so these are just stand ins. It's my (current) standard towing base (which is T shaped) with the back end held in place by a pin, to keep it level with whatever is towing or pulling it. I thought about adding lift handles on the legs, but stopped after adding doing the tow hooks on both guns. I just want to have these done so I can move on to the next lot. 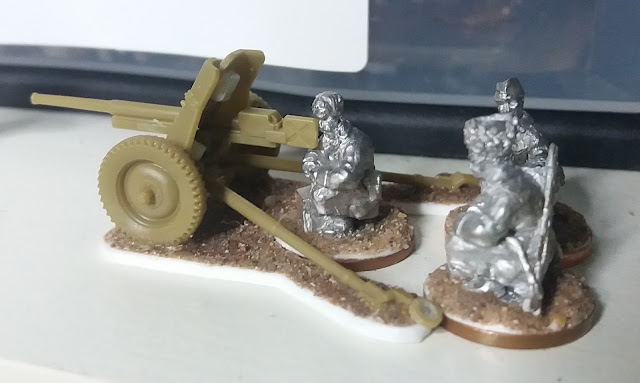 I've added some extra reinforcement between the shield and the base of the gun as for some odd reason both guns had the mounting pin bent and split and even after bending it back and using glue, the gunshield sat at a tilted angle. Not anymore :)  The in situ gun is placed on my favourite Y shaped base. This way I can easily add and remove troops and keep them as close to the gun as possible.

So, all good then, innit?

Nope. I got inspired by seeing pics of the Partisan 37mm AT gun in action: 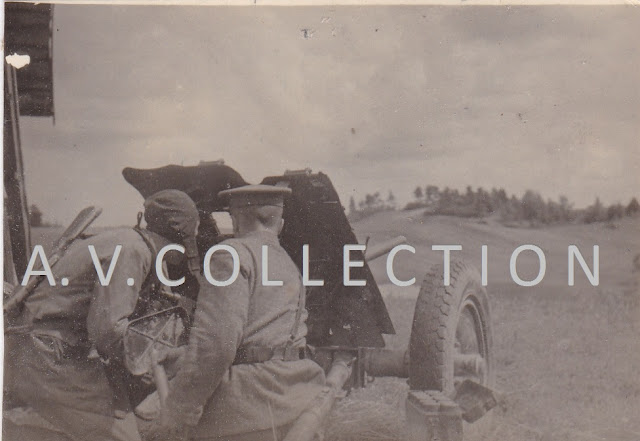 ....and assumed that the 45mm one would be the upgrade for the Partisans. I assumed wrongly :( 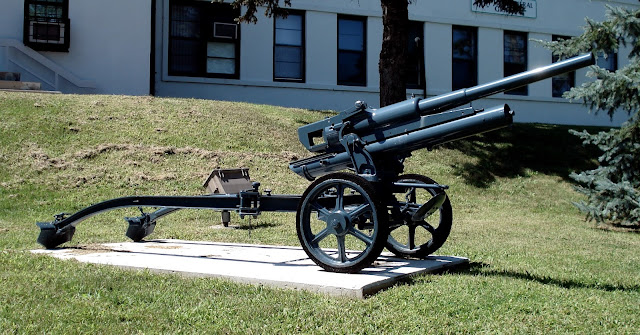 Technically speaking a licence built Böhler. Drat. I don't have those in my stash. No, ffs.......

Well, not to fear!

After comparing the stats of both guns, they have a identical HE and AP value, so there is no problem using them as is.

Crisis averted! Now get these suckers painted up asap.

PS: The guns are PSC 4 in a box Russian AT guns (45mm 1937, 45mm 1942 and the Infantry gun) and the spare barrels can be used for bunkers or other purposes. The Partisans are from the Kelly's Heroes range from Grubby Tanks.
Gepost door Gunbird op 01:44