Got a phonecall this morning from Iris, my job agency coach. She informed me she had received a vague email from the company that is going to hire me. Well, make that WAS going to hire me. Quoting economical circumstances, they have decided to put the job on hold for the time being.

Iris is more then a bit upset (as am I) as she has put a lot of effort into it, all the paperwork is done and was to be signed this week by the 3 of us. But no. Iris is also quite upset that all her communications have been with the company president and now all of a sudden a employee is emailing this without a real explanation.

<sigh> I took some painkillers for the knee, discussed this with Kim as I was visibly quite upset, took the afternoon off and just returned from my final First Aid training day (exams next week). I volunteerd to do a test exam (day could not get any worse, right?) I only managed to forget to remove the ring and watch of a 2nd degree burned hand and accidentally held a victims hand when he had just spilled lye over his arm and hand. But you don't flunk on that kind of stuff and I won't make those 2 mistakes next week. I really want to pass this exam, not just for my resume but for myself and Kim and the kids, if something ever happens.

Tomorrow, a new day, a fresh start, and we will carry on with the Quest for Work! TM


Anyway, we are here for the hobby stuff. Been burning through my stuff (not literally) on monday, managed to cut the amount of junk on the gaming table in half, removed half the junk from my first cabinet and sorted out what can be sold off (most) and what not (very little). So progress is being made. Also, I received some trade stuff and decided that in the future, starting now, anything I get that I want to use myself, gets cleaned, based and sanded asap. That way I'm not online hunting for new stuff and working with what I got.

So, in no particular order: 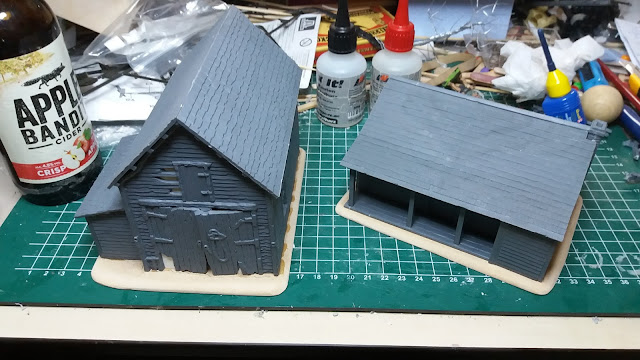 Did the Renedra Ramshackle Barn and American Farmhouse 1750-1900 I had in my stash for a while now, glued all the windows shut, fixed the roof and based them on 3 or 4mm MDF (took this picture) and just finished sanding the edges. General cleanup tomorrow. It's aimed at 28mm TNT, but will do for Cowboy games and ACW skirmish f I ever get that far. 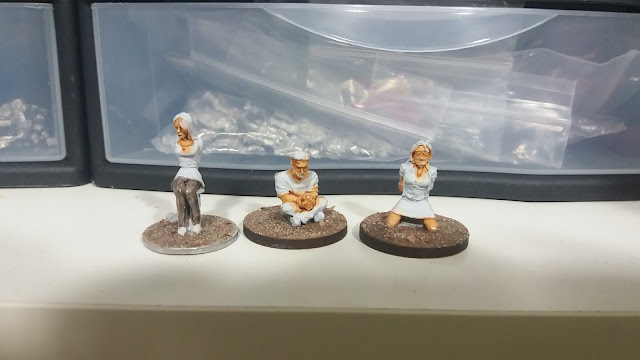 I got these 2nd hand, I just stuck them to their bases and changed the cobblestone one on the left to the same sand one as the rest. Captives for 28mm TNT or any other game that needs prisoners/hostages/sacrifices. 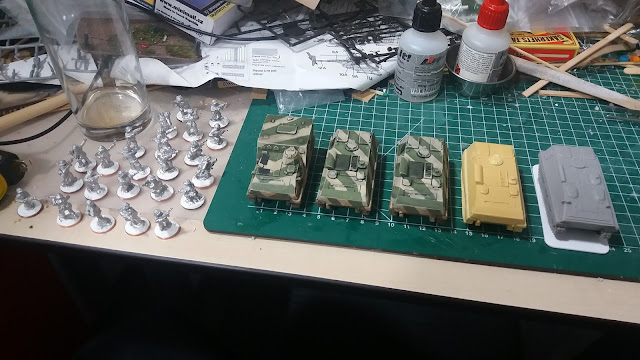 I've bought a second hand lot of 20mm VC and NVA, just based and fillerd them, sanding tomorrow when everything has set hard and is trimmed on the sides. The lot came with the grey Liberation Models K63 APC on the right (missing its gun), I washed, cleaned and trimmed that to fit today. The yellow one is a Red Star one I just removed from the bag, cleaned, heated and bent back into shape, and is now ready for basing and a new gun. The 3 painted ones (including 1 command/medical version) are gifts from Chris. Also need to be cleaned, based and a ggun. They are for my (2nd) Iraqi army for Iran-Iraq and the Gulf War. The Liberation one is marginally bigger in size and has some different details, but nothing major and will make a nice platoon CO ride I guess.

The VC and NVA need sand and good cleaning of any mould lines, and I wanted to convert the NVA into VC by sanding down the sun hat until Piers reminded me that they woudl work perfectly a Main Force VC. So that saves me the work for that. 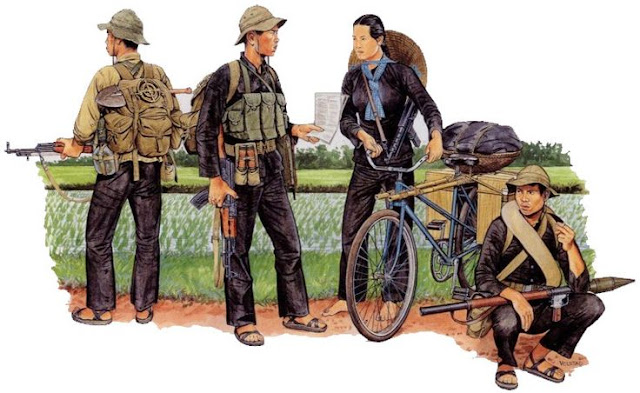 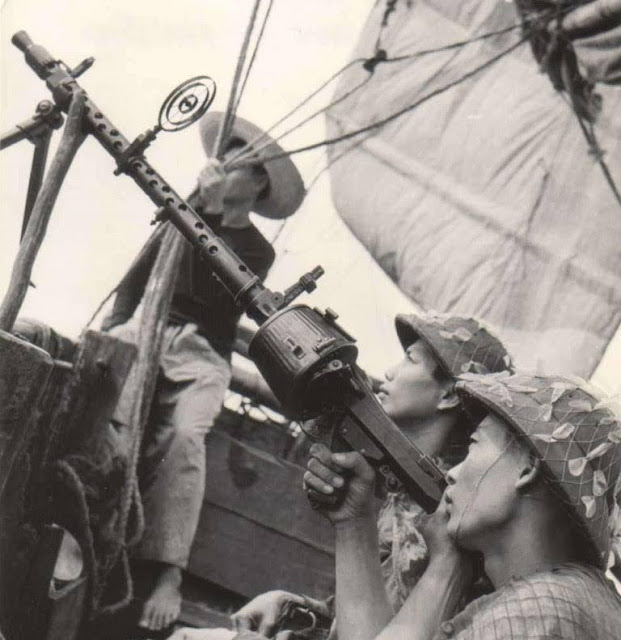 All of the Partisans I received have been based, fillered and sanded. Removing of mouldlines is up this week, and then see who needs a head swap, conversion, GS work etc. Also build 2 light AT guns for them (which will do double duty with my Russians).