Very tired, plenty of pain in my legs and back, but I would not have missed it for the world.

I have a load of pictures and videos up on my FB page (That particular folder is open to everyone) >> Militracks 2017 and if you are ever in the country when this event happens, I can reccomend it. I've been trying to go there for years and everytime something got in the way.

Pro's:
Con's
Oh well. I got to see my favourite Stug in the world (and yes, I toutched it) and made a few pics of how she looked after being driven for a bit. I also donated some money for her upkeep and a got a nice mug for it. 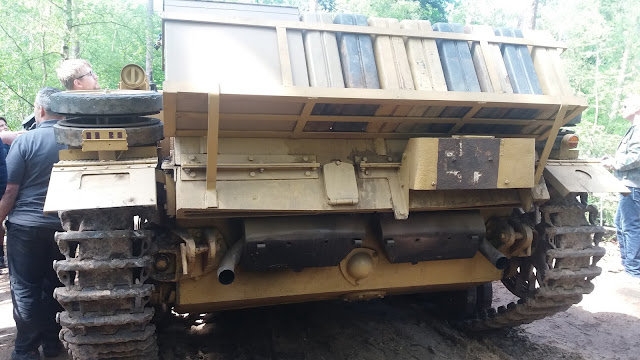 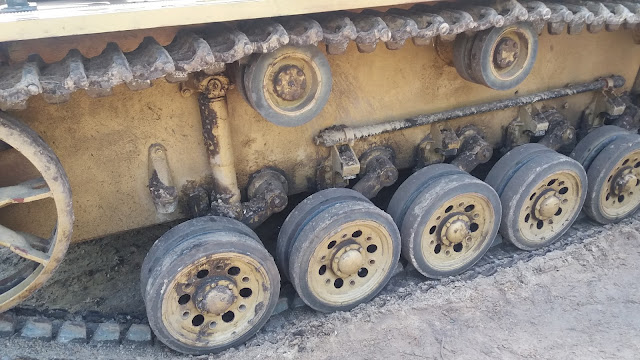 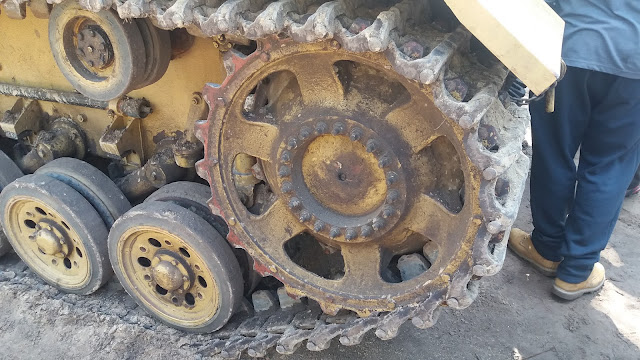 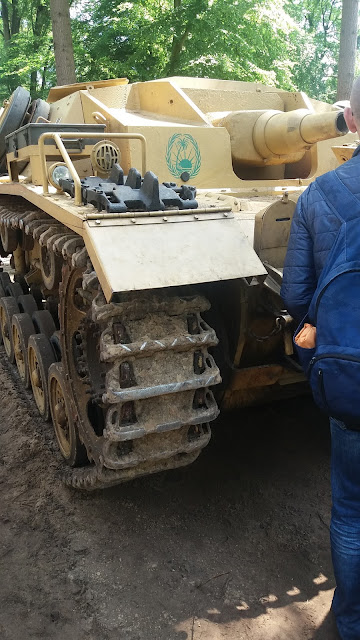 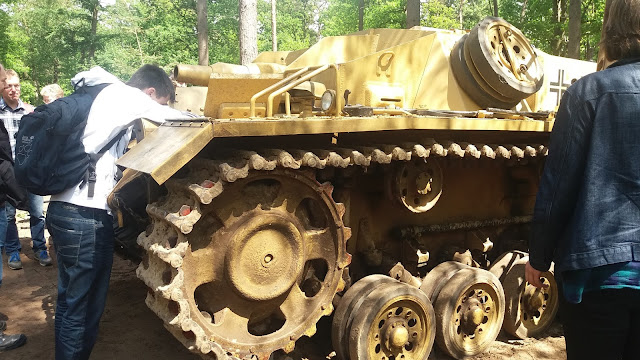 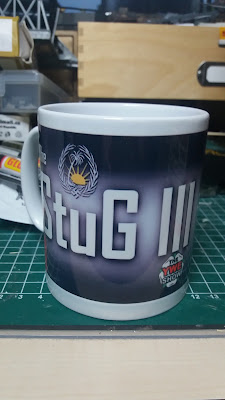 On the way out, we passed alongside the track and Stuggie was out for its last run of the day, and even I, with my crutch, could keep up with her. He sure is treating her gently.

There were a couple of kit sellers at the market area as well. A couple with new stuff, one that I wasn't sure if they were selling second hand stuff for new prices, and a seller who turned out to charge a fiver for each kit that I grabbed. So after a small chat we had an understanding (when we finally stopped talking German to each other when we both realised the other was Dutch as well), and I picked up this pile of kits for a bit les then a fiver per kit. 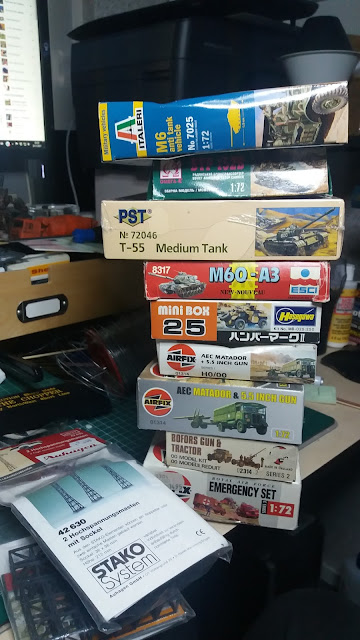 Yeah, I'm a bad boy, I should not have, but the M6 is going straight into my USA box, the BTR-152 in my TW:2K or Taliban box, the T-55 also in the TW:2K box, the M60A3....maybe also the TW:2K box, or the Israeli or Iranian box. Humber Mark II for my British 8th Army, 2 5.5 inch guns for my Normandy British, another Bofors gun that might become German, and the Emergency set I've been wanting for ages, for a desert Ambulance and the other truck to be converted into a (civvy) medium truck.Also some electricl towers and a bag of spare bits for them.

Next week I'm starting the 1 kit build or 10 figures cleaning per evening, and to get a headstart I grabbed 2 FtF Fiats 621 from the stash (a review on those later), closed up both cabins, and almost completely built 1. 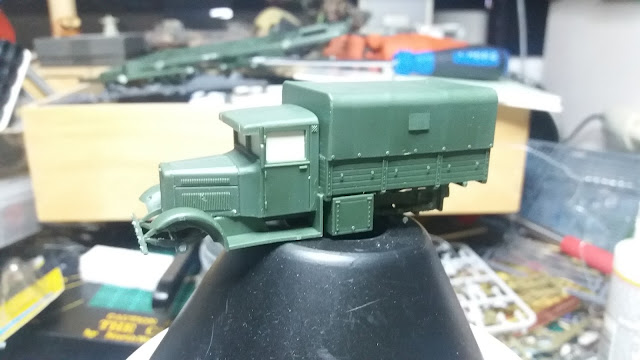 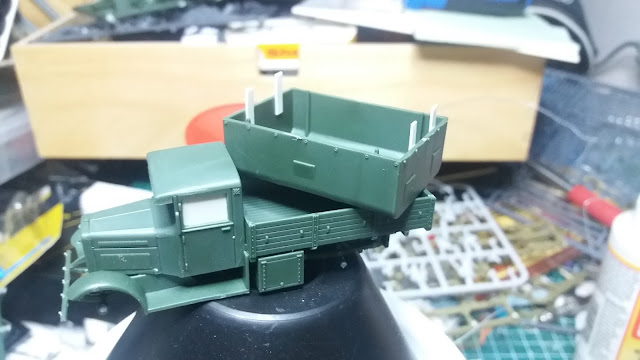 The Fiat, being basiclally a Ford, is suitable for a lot of things and quite a few historical periods. It comes with a tarp, which sits a bit too loose for my liking, so I added some thing plasticcard slivers to keep it easier in place. Suspension is also a bit weak, but more about that in my review.