It has been busy in the Eemshaven

It has been a busy 2 weeks in the Eemshaven. 4 ships arrived to either drop off or pick up Dutch military equipment. A fifth ship arrived to drop off equipment for our Belgian friends.

The 2nd Batallion Royal Marines had finished 8 weeks of Joint Artic Training in Norway brought back a large amount of vehicles that usually stays behind in Norway, but brought them home for overhauls.  It also included large amounts of ammunition.

Equipment from the 43rd Mechanised Brigade and Firesupport Command arrived with a LOLO (Load Off - Load On) ship which takes a lot of time as it all has to be unloaded by crane. 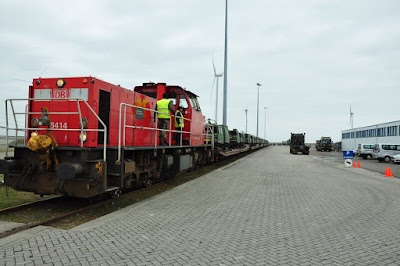 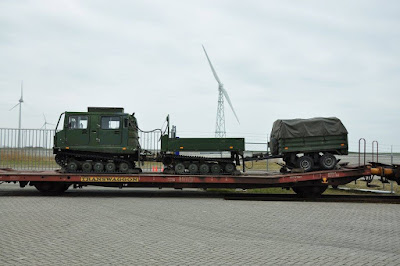 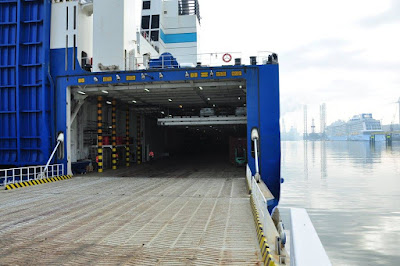 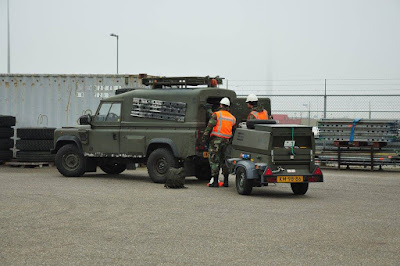 Dutch Royal Marines in their green Landrovers....I think these are getting long in the tooth by now. 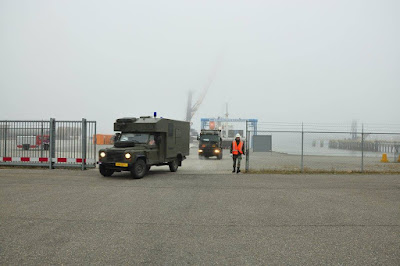 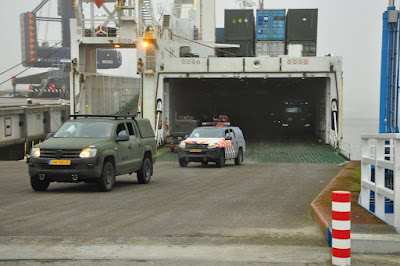 The new Amarok vehicles in different colours (Royal Marines in front, Military Police in the back) 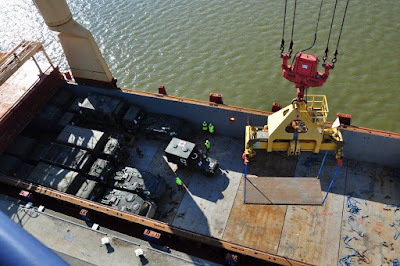 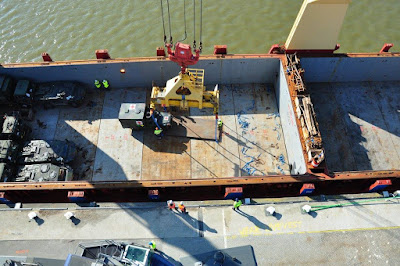 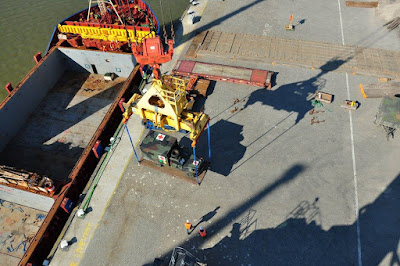 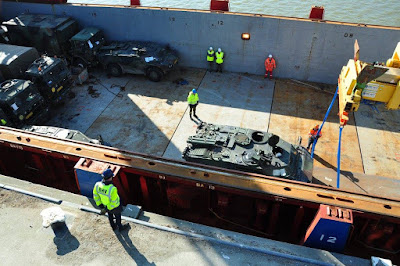 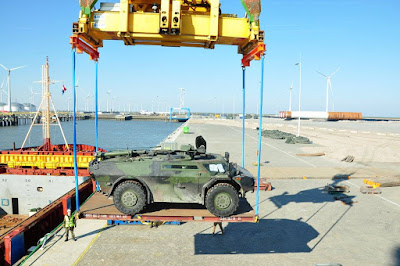 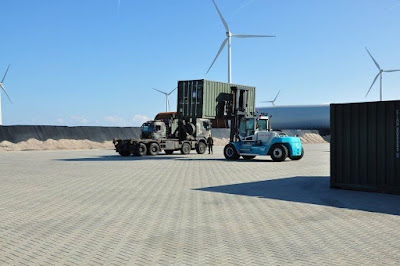 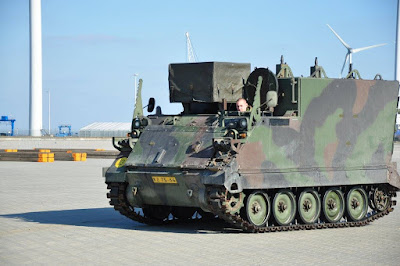 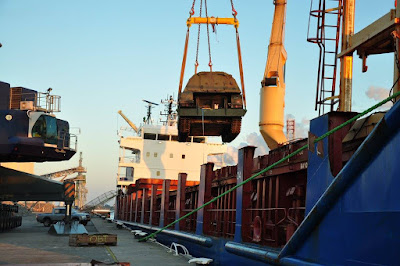 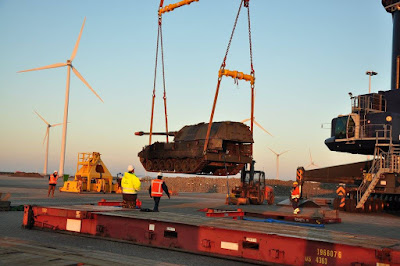 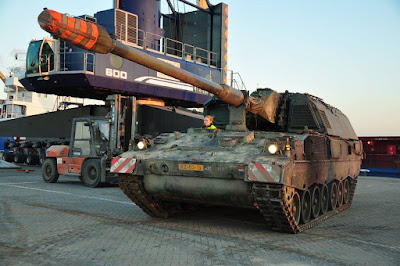 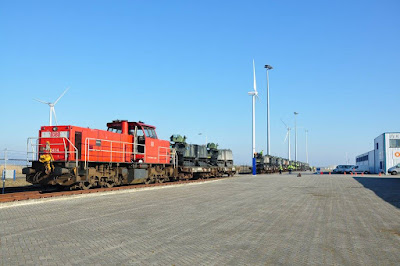 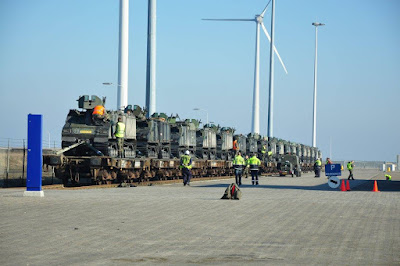 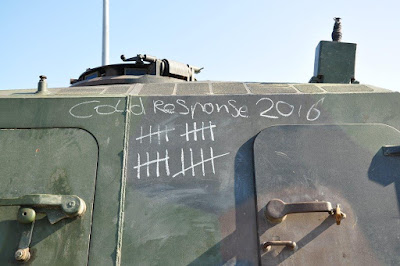 The Buffel has been busy! 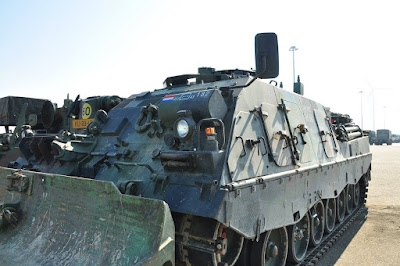 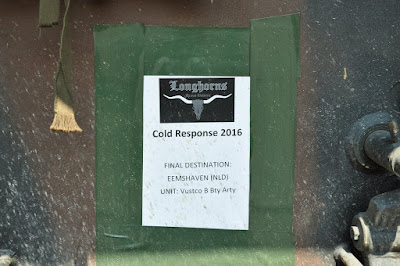 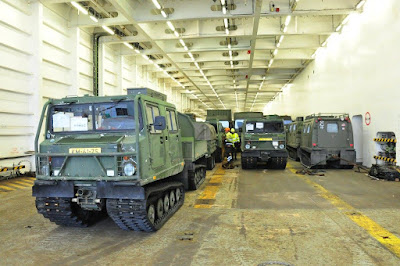 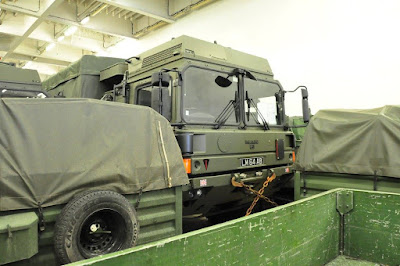 The message didn't list this, but isn't this a British vehicle? 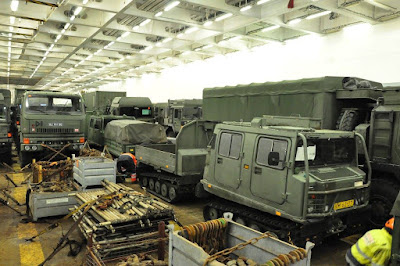 Again. British trucks? (The Bandvagn is ours) 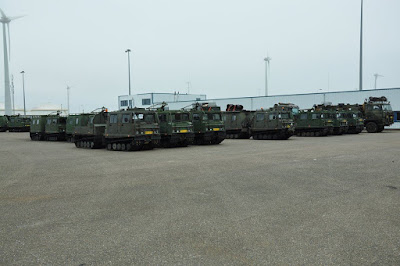 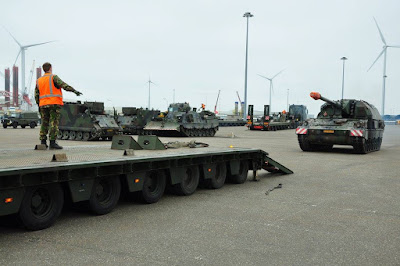