Il-28 Egyptian Beagle flock, some wip Mistels and a black base.

And then I got my campaigns mixed up :) I could have sworn that these were in the first campaign of the Star and Pyramid book, but I was wrong so I have been painting items that didn't need to be painted yet. Tough, but fun none the less. 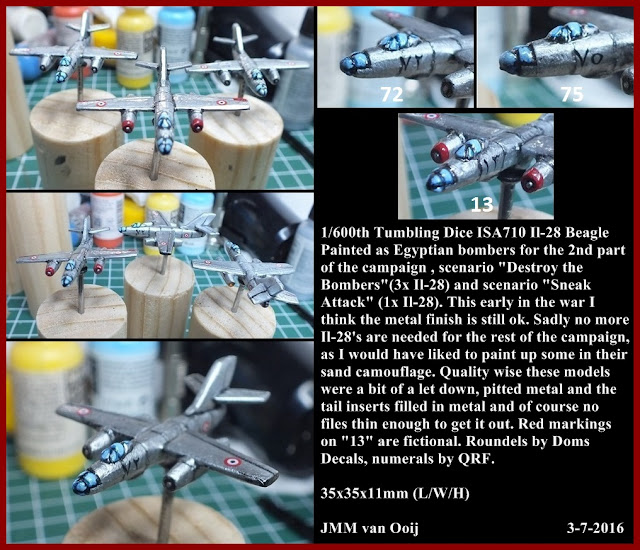 I went with gloss metal cause I think they would still be wearing that, and the only pictures of camouflaged Il-28's I could find were from the '73 war. Sadly, no more Beagles have to be painted for the rest of the campaigns so to get more done in the future I will have to look at other conflicts where they are used....maybe Africa?

Also, some progress on my Mistels that I want to use for the Bombing the river Bug - scenario, I copied my old conversion to the letter so I know have 2 Mistels. As I like making stuff in pairs I might leave it at that, and maybe build more in the future (with Fw-190's then), but I think having 2 is enough for now. I will paint matching seperate fighters to go with them. As I only had Me-109 G's and not the Me-109 F's that they actually had, I just trimmed off the cannon bulges from the nose and called it a day. Looks good enough at this scale. 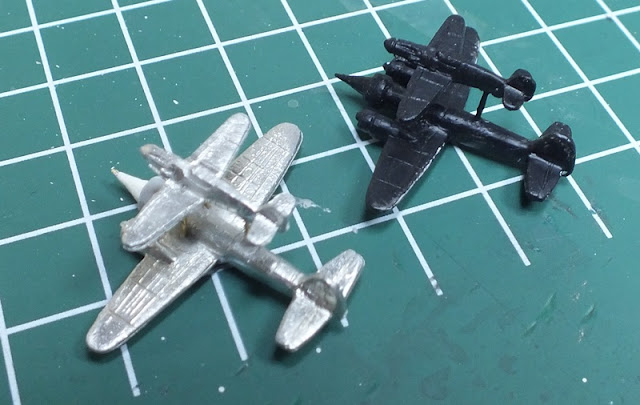 Also, since I can't make my mind up about the bleeding bases I got from Warbases.co.uk, I painted one all black to see how I feel about it. Now it fits in on any table that I have, and the dial number (speed) stands out more, so a bit of a win/win. I wil strip down the others and repaint those black as well. Then I have 20 stands, more then enough for most games. 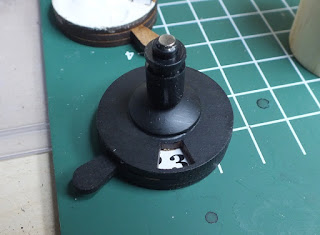 I will be making new photographs of old work as well as I found so many items I never really documented properly, and only need toutch ups or are good to go. Also, my magnet order from China arrived. 1000 3mm x1mm M35 magnets (so with less pullforce then the M53 and up, which is overkill for most aircraft by a big margin) shipped to my adress in less then 3 weeks for a fraction of the cost of local sellers, namely 10 euros. 1 magnet of the 1000 had shattered and the rest is working fine.
Gepost door Gunbird op 22:21