Recently, I made an order for several pieces of 3mm Middle East scenery. The order was made on the 11th of July, was shipped on the 13th and arrived on the 19th here in the Netherlands.  I ordered the following: 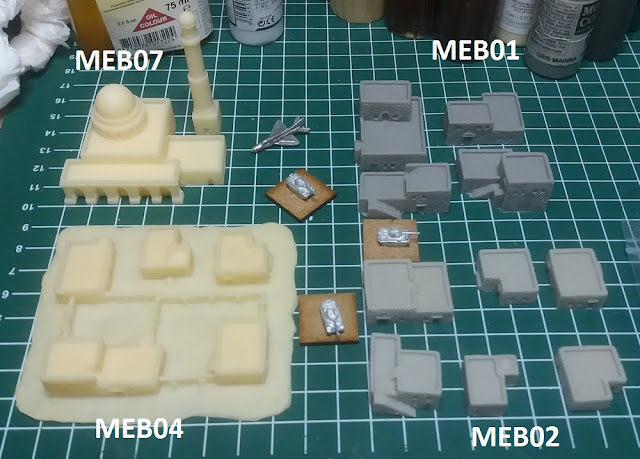 Items are very cleanly cast, no flash, moulds look to be very new. Resin is not greasy and fleels dry and clean to the toutch, and comes in grey and cream. Undersides are sanded on most to create a flat(ter) surface. Items seem to be nicely in scale with 3mm Oddzial Osmy and Tumbling Dice. 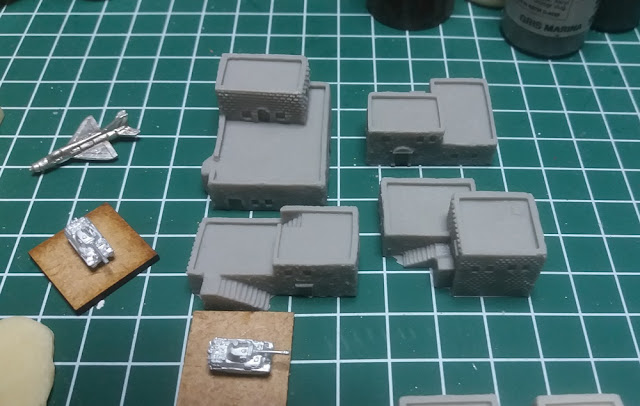 Well cast, no flash, the buildings are a mix of brick and stucco. The average house has a 30x30mm foorptint and all have 2 levels. Sizewise they fit nicely with the 3mm vehicles. 4 pcs out of a possible 8 for 3 Pounds. What I personally don't understand is that they don't offer the full set of 8 houses for 6 Pounds, unless they have a mould with a ton of these houses, some more then others. Still, a bigger pack would be nice. Also, one with a 1/3rd dome would have been even better.(see edit) 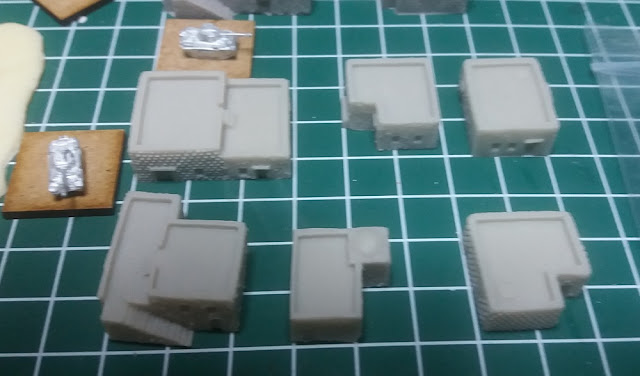 Well cast, mostly stucco, single level houses, with a average footptint of 20x20mm. Again, works fine with 3mm vehicles. You get 6 houses out of possible 12 items for 3 Pounds. Again, same issue as with the Big/Medium houses.....why not release a 12 pcs pack for 6 Pounds? Missed oppurtunity in my eyes.(see edit) 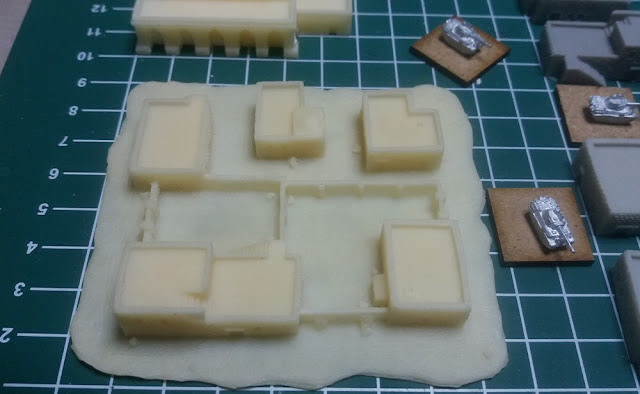 Well cast, thick base of about 1.5-2mm's, with some low walls to create the compound feel. I selected this one as a test from the possible pre built village choices, and it costs 6 Pounds. To be honest, I could have better spent the money on 2 more small houses pack (adding 12) to the rest and made at least 4 village bases for the money. Adding low walls is just cutting some slivers of (plastic) card. Yes, it looks nice, and you have a instant village, but you are paying for it and the extra resin to cast the base. I will not be buying another of these. The rest of the villages suffer from the same problem IMHO. At this scale, easier and cheaper to create with just the houses and 15 minutes of effort. Though I applaud the efforts of giving us this option, don't get me wrong, I think your money is better spent on other items. 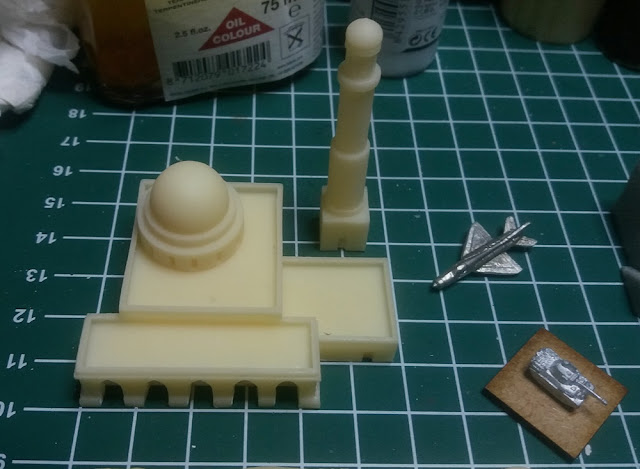 Well cast (I could not find a single mouldline on the minaret) but with some rough white spots on the sides of the main building (nothing that can't be sanded down, and as it turns out is just very clingy resin dust), comes in 3 parts (main building, dome and minaret). I'm actually very happy with this model, this is a geat centerpiece for any larger village/city. You are unlikely to buy more then 1 of these though, because of that reason. Gain, size wise it fits fine with 3mm miniatures, as it should.

Overall, rather happy with all of these. I will not be buying the villages in the future, but will stick to the seperate houses as that would be more cost effective. Great stuff though, from Biblical times right up to now.

It will be interesting to see how these will mix in with some of Brigade Miniatures offerings.

Edit 20-7-2016 16:30
Ian was kind enough to send me an email explaining the logic behind the 4-6 pieces pack of houses. They are cast with either left over resin from other casting jobs, or he has simply misjudged the amount needed for a full batch and comes up short. So he doesn't always get a full batch of houses. I figured something like that, but it was nice to have the producer come over and explain that.
Gepost door Gunbird op 12:32